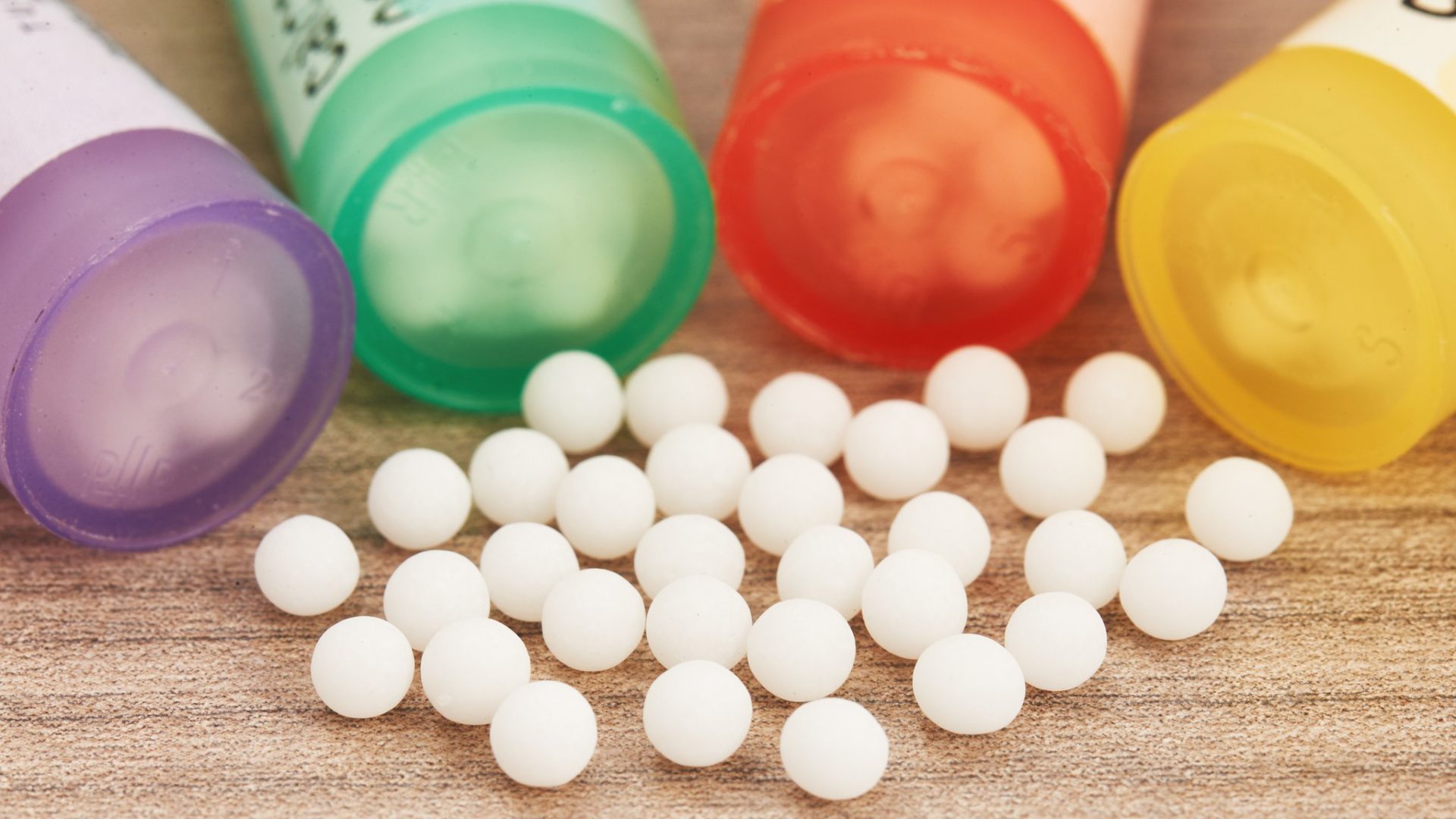 The battle against COVID-19 is far from over and we know that. We realized the hard way that, if we don’t learn from history, history will keep on repeating again and again. The second wave of Spanish flu (1918) was way more deadly than the first wave; however, we didn’t learn. We were cautious in the first wave, nevertheless, we thought that the war was over when cases decreased. Contrary to our beliefs, the second wave came and exposed all the weaknesses of our health system.

Millions of our fellow citizens got directly affected by the second wave and the scar it left hasn’t healed completely. On the brighter side, daily case count drastically decreased and vaccination drive is happening at top speed. Almost 1 billion doses of vaccine have been administered so far and the situation is currently under control. All the sectors have resumed their work like the pre-covid times and in Kerala also, the situation is the same. The Kerala government has taken off all the restrictions imposed due to the case surge as caseload has come down, and is also planning to restart schools from the second half of November.

On September 20, 2021, the Government of Kerala (GoK) announced that they would distribute Arsenicum album tablets, a homeopathic remedy endorsed by the Ministry of AYUSH but not recommended by the World Health Organization (WHO), to all students at school (1). This is done as a preventive measure against COVID 19 infection as vaccines are not yet available for children in our country. Arsenicum album is not a new term for the Keralites as this medicine had already stirred controversy when the previous health minister of Kerala, Mrs. K K Shailaja, remarked that the Arsenicum album is effective in increasing immunity and preventing the virus infection. Indian Medical Association (IMA) Kerala wing criticized the minister at that time as the medicine lacked scientific evidence (2). The talks around this remedy hibernated for a year, but the latest order by GoK reopened the same chapter.

In this article, I will explain why this homeopathic remedy shouldn’t be distributed in our schools for children.

Principles of Homeopathy are unscientific

Homeopathy originated in the first half of the nineteenth century, even before the germ theory of diseases was proposed. Despite that, the principles of homeopathy are baseless and there has been no attempt to rectify those principles. The concepts of vital force, water memory, like cures like, and dilution increase potency didn’t stand the test of time and were hence discarded by modern science. Unfortunately, due to a myriad of reasons, modern-day homeopaths still follow those age-old postulates. Even a basic understanding of chemistry, biology, and physics is enough to debunk the concepts in this pseudoscience.

There is unambiguous evidence in modern medicine to suggest that homeopathy is nothing more than a placebo and hence shouldn’t be used as a treatment modality (3). In case you want to know in detail about the basics of homeopathy, you can check my article on principles of homeopathy given below.

Treating with sugar pills : why homeopathic principles are unscientific

If you take the pain to search “Arsenicum album” in PubMed, you will find hardly 3 clinical trials conducted on this medicine. One trial was conducted to find whether it is effective in fever on children post-DPT vaccination, another one on neonatal calf diarrhea (an animal study), and the last one on its effect on patients with Arsenic toxicity (4). However, there is no clinical trial on its effect on COVID 19 infection or its complications. Without well-designed clinical trials, how can we allow this drug to be given to our children? The vaccines of COVID 19 went through thorough scrutiny before getting approval from WHO, and we know that health care activists did raise questions about Covaxin till Bharat Biotech released the data on the phase III trial. Isn’t it prudent to say that such kind of rigorous quality check should be applied for the Arsenicum album as well?

Immunity boosting is a scam

When the AYUSH ministry launched the Arsenicum album as a treatment for COVID 19 in January 2020, scientists did raise questions about its efficacy. What is funny is that the Arsenicum album was told to be the treatment even before the first COVID 19 case was detected in our country. Later, due to mass outrage from the scientific community, the label of ‘drug for treatment’ was changed to ‘immunity booster’ (5). Immunity booster is a misleading term as we know that we cannot enhance our immunity after a certain limit. Our body’s immune cells kill pathogens by themselves or by producing antibodies, and if the immune cells are normally functioning in our body and are adequate in number which most of us have, there is no need for an immunity booster. Few homeopaths conducted a poorly designed study at Pathanamthitta, Kerala to prove the immunity-boosting effect of the Arsenicum album and misled common people to believe in this pseudoscience.

See also  Astrology with needles: why acupuncture is pseudoscience

Creating a sense of false security

Children and their parents may get an untrue sense of security from the disease if they believe in this homeopathic medicine. Unlike popular perception, children do follow the mandatory steps of COVID protocol like wearing a mask, maintaining social distance, and handwashing. If we teach the children that sugar pills from homeopathy can save them from COVID, they may stop adhering to those restrictions.

It is worth noting that Covaxin, our indigenously developed vaccine manufactured by Bharat Biotech, is on the verge of getting approval in the pediatric age group as well (6). Hence, it’s safe to say that vaccines will be available for children shortly and we don’t need to resort to fallacious medicines.

Arsenic is a toxic heavy metal that can cause an array of organ dysfunctions in the human body (7). It will be the last element to be included in a drug that is given to the masses. Dipankar et. al had published a case series way back in 2003 on Arsenic toxicity after consuming homeopathic medicines in which Arsenic was added therapeutically (8). When scientists and logical thinkers raised this issue, homeopathy apologists argued that the Arsenicum album is an extremely diluted preparation of Arsenic compounds (30 C concentration means one unit of medicine in ten to the power thirty units of solution). If they are saying the truth, then we will have to conclude that no single particle of Arsenic will be present in that medicine as it crosses the Avagadro number in dilution. If so, then how will that drug act without having any active ingredient?

This has been an issue raised by scientists who were skeptical about homeopathy from the beginning. In homeopathy, a ‘mother tincture’ is made first, and then it is diluted to various concentrations. According to their myths, dilution increases the potency of the remedy. The homeopathic principle of dilution increases potency can’t fit into modern science. Homeopaths have been using complex terms like quantum physics, nanoparticles, transfer of energy during particle collision, etc., and a poorly interpreted IIT Bombay study to claim that drug particles do exist in homeopathic medicines even in 200 C dilution. However, in this case, to tackle the arguments against the use of Arsenic, they are resorting to the fact that no original drug particle exists in 30 C dilution which is ironic.

See also  Blood collection in children: How can we improve

In the 2019 financial budget, 1939 crores have been earmarked for the AYUSH sector and there has been a hike of 15% as compared to the previous budget allocation which translates to around 265 million US dollars (9). The whole world is going through the sequelae of economic breakdown caused due to COVID 19 and governments are facing a shortage of funds. Hence, spending valuable money on an unscientific method cannot be accepted on any grounds. If the government wishes to give sugar pills to everyone, let them give candies but not homeopathic pills.

Therefore, no one can justify the use of the Arsenicum album as prophylaxis in children and the government should reconsider this decision. If you are a parent of a school-going child, do consider not giving these sugar pills to your child.