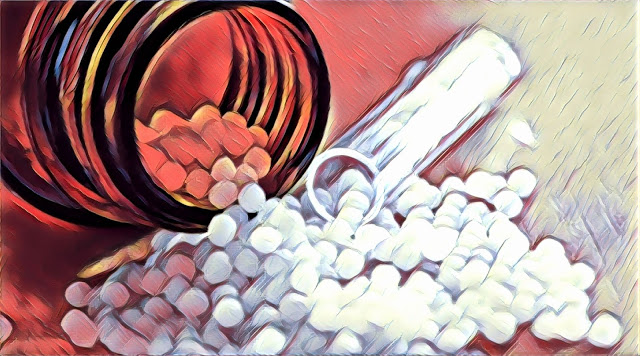 Homeopathy is a pseudoscientific alternate system of medicine which was started in the early nineteenth century by Mr. Samuel Hahnemann. In the due course of time, it has been proved beyond doubts that homeopathy is nothing more than sugar pills, yet the homeopathy industry is still running successfully in multiple countries, jeopardizing the health of the people who would have otherwise approached modern medicine.  What was started as an alternative to crude medical system, which was prevalent 200 years back, is still being practiced all over the world based on the hypothesis formulated two centuries back. Using catch-line like “Medicines with no adverse effects”, homeopaths knowingly or unknowingly are acting as a hindrance for scientific treatment delivery.

Homeopaths follow three principles which are fundamental to their practice: Similia Similibus Curentur, The Minimum Dose, and The Single Remedy. Of these three, all of them are downright unscientific and regrettably, even in this twenty-first century, people are being treated based on these three assumptions. The following paragraphs explain those three hypotheses and the sophistry behind it.

Homeopathy claims that substance which causes a set of symptoms in a healthy person can cure a sick person with the same symptoms, when given in micro doses. This principle originates from the experiment done by Samuel Hahnemann in which he ingested bark of cinchona and developed symptoms such as fever, joint pain, and shivering etc. Due to ignorance, Mr. Hahnemann attributed his symptoms to that of malaria and today, when we retrospectively analyze those symptoms, it could have been also because of cinchonism, an allergic reaction that develops after consuming quinine which is present in cinchona bark. Call it serendipity or coincidence, quinine actually had antimalarial action but that doesn’t prove Hahnemann’s assumption. Moreover, this hypothesis was formulated in nineteenth century and it was disproved in the same century itself by Oliver Holmes, an American physician.
What is so disheartening is that, even today, homeopaths defend this hypothesis which is totally against common sense. Smoking cigarettes may cause lung cancer; however, same smoke in micro doses cannot cure cancer. If you apply Hahnemann’s logic today, you may find it logical to use micro doses of lead for lead poisoning, an extract from dust for dust allergy, and snake venom extract for snake bite. A principle, which is based on a fluke, is still being followed by so-called homeopaths and unfortunately, millions are receiving treatment based on the same pseudo-principle.

If you think fallacies in homeopathy ends with Similia Similibus Curentur, you are wrong and there are many more things to laugh at in homeopathy. The second fundamental principle in homeopathy is “The Minimum Dose” and it literally means that; the smaller the dose, more potent it will be. The extract that they obtain from various sources (plants, flowers, and animals etc.) which is called as mother tincture, is diluted serially to make it to the desired potency. One part of extract will be mixed with 10 or 100 parts of diluent which will be water, alcohol or sugar solution and in order to make it more potent than the undiluted one, the new diluted solution is vigorously shaken; yeah, you heard it right, shaken. The pseudoscience followers call the process as succussions. If you ask the homeopath about the validity of this principle, they will tell you that water remembers the original divine force of active ingredient and hence the diluted solution is more efficacious than the less diluted one. 5C dilution translates into 1 part in 1 billion and the commonly used homeopathic preparations are usually 30C, which is like 1 part in Atlantic Ocean to put that into perspective. One million dilutions are available as well which is like 1 part in one solar system full of water.

The principle of minimum dose is against the time tested principle of chemistry and scientists have proven beyond doubt that, there won’t be any molecule of active ingredient left once dilution crosses 13C. Nevertheless, homeopaths are adamant about this principle even though it contradicts common sense. If the drugs get more potency with dilution, then the impurities in water should also follow the same property. This means that, if there is a molecule of mud dissolved in homeopathic solvent as an impurity, while doing serial dilutions, this mud particle should get more potentiated and eventually after reaching a potency of 30C, the remedy should behave like concentrated mud solution. The drug addicts would have used the same principle, if it was true, to get more strong narcotic substances. Existence of a pharmacological effect in the absence of original drug molecule, which occurs after 13C dilution, is inconsistent with existing laws of science.

Homeopaths argue that they consider physical as well as mental states of patient before choosing the remedy for the concerned symptoms, and even the aggravating and relieving factors of symptoms are given importance. At the end, usually one drug alone is given which apparently cures all of the symptoms of the patient. While prescribing only one drug is not wrong at all, provided the disease demands only one; it is hard to believe that a single drug can cure all the symptoms of the patient, especially the acute severe ones. As per the homeopaths, if you give multiple remedies, one might cancel out the action of another and it will be impossible to know which is having an effect. Evidences are there in the modern science that drugs can interact and that interaction can be synergistic, additive or antagonistic. Meanwhile it is illogical to assume that all drug interactions are always antagonistic, as different drugs acts at different sits in the cell, many diseases require a combination of drugs and a the single remedy principle is completely against it.
To quote an example, a person with viral fever with gastritis may need a paracetamol for fever and a proton pump inhibitor to relieve the gastrointestinal symptoms. It is extremely difficult to believe that one remedy can act as different receptors and bring a wide variety of effects as the homeopaths claim.

Despite having adequate evidences against this pseudoscience, people are still following it, partly because of ignorance and the rumors prevailing in the society regarding the side effects of allopathy treatment. The people in power hardly have any knowledge about homeopathy and inadvertently, they are promoting quackery by introducing new schemes for homeopathy. Even in Kerala, the state with maximum literacy in India, health ministry approved a center for infertility treatment under homeopathy which is absolutely appalling. Strong political will and public awareness are the only way to get out of this conundrum.