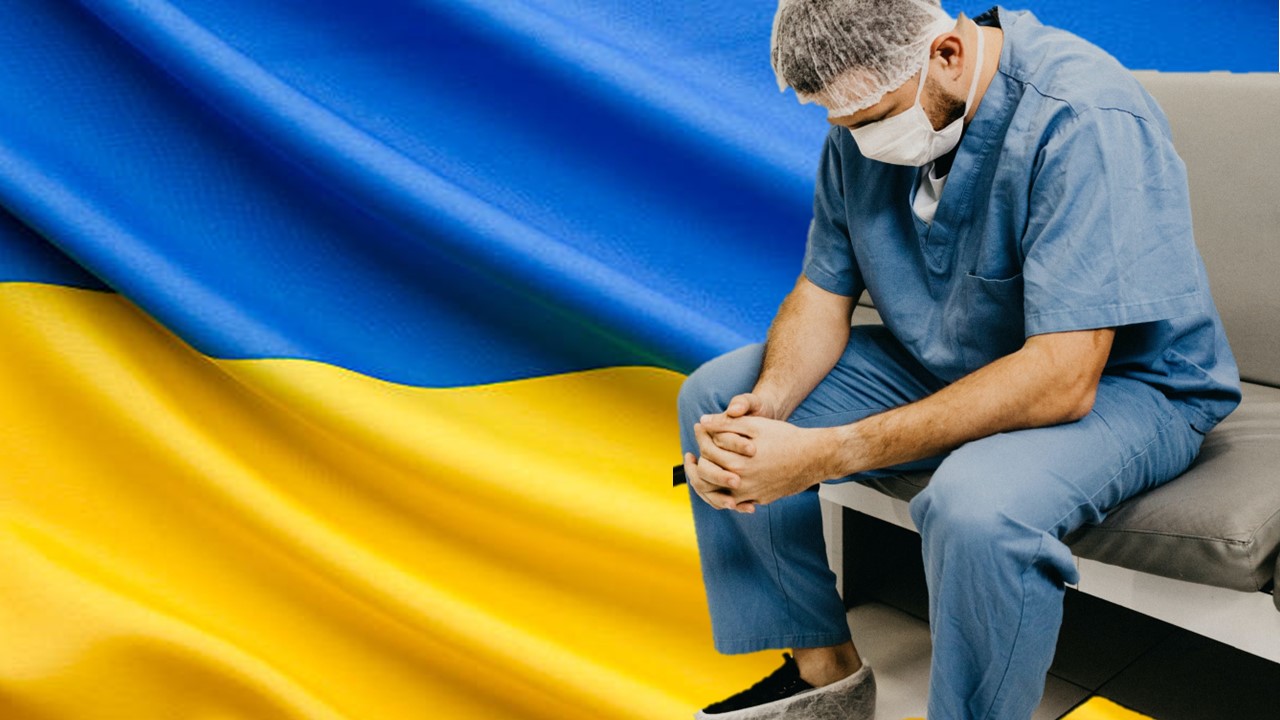 The war in Ukraine is still going on between the forces of Russia and the Ukrainian army. Despite deploying troops for almost 3 months, Russia is still struggling to fetch the desired result and for Ukraine’s forces, it is a matter of life or death. Governments declare war, but it is the civilians who suffer. Approximately 8 million people have been internally displaced and 3,500 civilians have lost their lives so far as per UN estimates.

Indian medical students, who were pursuing their studies in Ukraine, were the most affected Indians in this whole matter. They lost their valuable months of studies because of war and there is no assurance from any organization that the classes will resume again. This article aims to address their plight and we have taken input from Malavika (name changed for privacy) who is a student at a Ukrainian medical university.

Malavika completed her higher secondary education in the year 2017, and then she dropped one year for entrance exam preparation; however, her rank was not good enough to secure a government seat in Kerala. The private colleges were charging exorbitant fees and hence she opted for Ukraine as the cost of studying in Ukraine was relatively less. She got admission to Odessa National Medical University through a recruitment agency operating near her home. She is currently in her fourth year of the course.

Even though 1.6 million students appear for the NEET-UG examination, only 90,000 MBBS seats are available in India. Consequently, the probability of securing an MBBS seat is just 5.6% for an applicant if we consider that all applicants have an equal chance. Besides, the cost of MBBS in private medical colleges is sky-high. A portion of Indian parents prefer sending their children to Ukraine because of better quality education and they can’t afford the hefty fee charged by Indian private medical colleges. The cost of medical education in Ukraine is way more economical (18 to 20 lakhs for 6 years) in contrast to the same course in Indian private medical colleges (50 lakhs to 1 crore for 5.5 years).

It may appear strange for some people that Ukraine is one of the most preferred destinations for medical aspirants of India, a country which is far away from India and doesn’t have the fame of the United States or Britain. Ukraine offers around 80,000 seats annually for foreign medicine aspirants for undergraduate courses. Out of this 80,000, Indian citizens enroll themselves in around 20,000 seats. Medical aspirants from countries like China, Egypt, Turkmenistan, Morocco, Nigeria, Turkey, and Israel also come to Ukraine to complete their MBBS equivalent degrees. Universities like Danylo Halytsky Lviv National Medical University are centuries old and they provide quality education at a reasonable cost. Ukraine, before this war, was a peaceful nation and there were no incidences of atrocities against foreign students.

“MBBS at Ukraine consists of 6-year long course and a 1 year of internship”, Malavika said. “In the initial 3 years, we are given theory lectures and in the latter three, we get clinical exposure. The foreign students are taught in English itself. I am currently in my fourth year.”

“The Ukrainians, whom I know, like our teachers, neighbours, apartment owner, etc. all have been nice to me. I still talk to my apartment owner and they ask us to remember them in our prayers. We are having online classes now and after each class, the teachers say “If they don’t destroy us, we will meet tomorrow “and it is difficult for us to hear that. A few days back, we heard the sound of airstrike sirens in between the class.”

The Indian students received a lot of flak from India itself for not moving out of Ukraine before the war despite the warnings from the Indian embassy in Ukraine.

“We didn’t expect the situation to become unpleasant even though there was tension rising between Russia and Ukraine. The place where we lived didn’t face any problem and when we used to talk with the natives, they all gave us an impression that there is only a remote chance for war to happen”, she said.

“In Ukrainian universities, attendance is very strict and if you miss a certain number of classes, you will be debarred from the course. Certain universities were reluctant to take online classes for their foreign students. I was in my fourth year and I just have 2 more years left in my course. We were in a catch-22 situation and we had no idea to solve it.”

“Nevertheless, our parents did inform us about the situation from India, and following their advice, we booked tickets when we got to know from them that the situation is getting dangerous. We tried to book the tickets for the earliest flights but tickets were not available due to huge demand. Hence, we got tickets for flights in the second week of March. We were still hopeful then and not many of us thought that Russia would start their invasion. The war started as an unpleasant surprise for us and our flights were cancelled due to the war situation.”

The first advisory for Indian citizens staying in Ukraine came on February 15th, 2022 from the Indian embassy. The advisory asked the Indians to leave Ukraine temporarily till the situation improve. This advisory was used by many pro-government groups as a weapon to verbally attack the Indians who were stranded to cover the deficiencies in the evacuation operation of the government of India. The pro-government clans claimed that the Indian government had advised their citizens almost 9 days before the commencement of the war to evacuate even though the reality was something different. The very next flight to India after the release of the advisory was on February 20th, which was 5 days later. The Indian Government didn’t increase the frequency of flights to accommodate all the 18,000 Indians and once the war was started, all the flights got cancelled. The most difficult part of the evacuation was crossing the border of Ukraine and the students had to do that on their own. One Indian student from Karnataka even lost his life during the war while standing in a queue to buy groceries at a supermarket in Kharkiv when Russian shelling began in the city.

“Our parents were constantly trying to get in touch with the central government. We were expecting some kind of help from the Indian embassy, but notwithstanding that, we didn’t receive any. We waited for 3 days and by then we understood that no one is going to help us. Hence, we decided to help ourselves and we arranged a bus to cross the Moldova border. Then we travelled across Moldova to reach Romania from where we could catch the flight to India arranged by the Indian government”, Malavika said.

Even though the students as well as their parents breathed a sigh of relief when the government managed to bring everyone back home, they had more challenges to face.

As per the National Medical Commission (NMC) notification dated 18/November/2021, the foreign medical graduation course should be completed within ten years from the date of joining the course. This should include the one-year mandatory internship at the university where the course was held and another one-year internship in India. The rule of mandatory one year internship at the university where the course was held is not applicable to current batch of students as the notification came after they joined the course. However, it will take at least 6 months to prepare and write the screening test in India, and the students need to pass that to do an internship in India. Since the course duration is 6 years in Ukraine, a student who does medical graduation in Ukraine will take at least 7 to 8 years to complete the whole process (6 years course, around 1 year to clear screening test in India, and internship of 1 year in India) and the window given by NMC is only 10 years. If the students lose 2 to 3 years due to war, they cannot complete the course in this 10-year window and they won’t be eligible for permanent registration in India.

Another problem faced by these students is that, as per NMC provisions “the entire course, training and internship or clerkship shall be done outside India in the same foreign medical institution throughout the study and no part of medical training and internship shall be done in India or in any country other than the country from where the primary medical qualification is obtained.” This means that the students cannot resume their studies in another country or university and the chances of a resumption of teaching in Ukraine in the foreseeable future are bleak.

NMC, on March 4th, made it clear that foreign medical graduates who are facing problems to complete internships due to compelling situations like the COVID19 pandemic and war can complete the remaining part of their internship in India. However, the students who haven’t reached the stage of internship are staring at a dark future. Organizations like Indian Medical Association (IMA) have urged the central government to bring an end to the uncertainty about the future of Indian medical students whose studies have been disrupted due to war. IMA also requested the government, as a one-time measure, to allow the students to complete their education in Indian medical colleges. Having said that, NMC and Health Ministry opposed the West Bengal Government’s decision to allow second and third-year MBBS students who had returned from Ukraine to complete their education in their state medical colleges. This clearly means that NMC is in no mood to bend the laws and give admission to the evacuated students.

The ball is in the government’s and NMC’s court. These two bodies can bring a positive change to the situation by allowing some moderation to the regulations so that these 18,000 students’ futures will not remain in jeopardy. The possible solutions are:

The government needs to take a warm-hearted approach toward the students to solve the issue. Remember, if we make it difficult for them to qualify, we are losing 18,000 potential doctors.