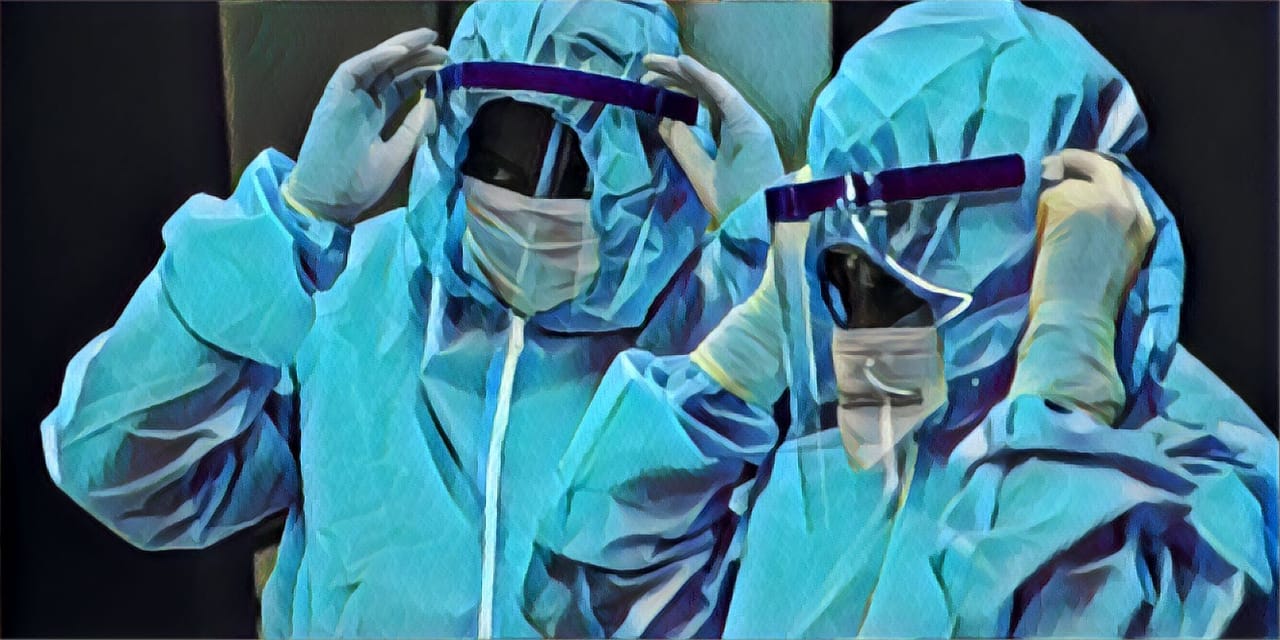 Trust me, the Indian medical system is incomplete without Resident Doctors (RD) (doctors who are undergoing post-graduation or sub-specialization courses) and it is impossible to run a tertiary care medical college without them. They are the ones who examine the patient first, who gives the emergency care immediately if required, and monitors the condition of the patients day and night. Since they are the first contact with patients in most of the medical colleges, their role during COVID 19 pandemic is indispensable.

Nevertheless, neither the administration nor the public give attention to their problems despite them voicing their concerns multiple times in front of various authorities. COVID 19 pushed these RDs to their limits and managing professional and personal life together has become a herculean task for them now.

As the number of COVID cases increased the workload of already overworked RDs doubled and working in Personal Protective Equipment (PPE) added oil to the fire. Health Care Workers (HCWs) need to wear this PPE around 6 to 12 hours a day and in between the HCW cannot drink water, have food, and use bathrooms. One hour being in a PPE will produce a litre of sweat as there is no air circulation inside it and it is not an exaggeration, and some doctors even feel claustrophobic after donning the PPE. There have been instances in which HCWs fainted after donning PPE. As the vision can get affected due to goggles and face shields, proper clinical examination is difficult to conduct in a patient, which can delay the diagnosis and prolong the stay of the patient in the hospital.

COVID not only hit our population directly with its pathogenicity, but there has been collateral damage as well. For example, a person who is suffering from acute appendicitis may undergo various screening procedures of COVID before getting operated to avoid doctors going into quarantine. This can consequently increase morbidity and even mortality of other diseases and may create friction between doctors and patients. As RDs are the first contact with the patients, they are the ones who face the wrath of patients and their bystanders. At Gandhi Medical College Hyderabad; a family of one patient, who succumbed to COVID, attacked the treating junior resident doctors even though they knew that the patient had multiple co-morbidities.
Even though, against the popular notion that young people will be the least affected in terms of mortality, young doctors have succumbed to this pandemic. As per the Indian Medical Association (IMA) report, around 100 doctors died due to COVID 19 and it include young doctors also. One reason for this can be a high viral load and repeated exposure faced by the young RDs. These death reports have created a panic among the RDs especially among those who work in hospitals where there is a shortage of PPE kits.

Another major concern for the resident doctors has been the safety of their family members during this pandemic. The parents of most of the RDs fall in the high-risk category as most of them are in their sixties and have non-communicable diseases. Some RDs have their children at home who are also a high-risk population. The author knows numerous RDs, who because of these reasons, are staying away from their families for months because they can be asymptomatic COVID 19 carriers. Staying away from families practically worsens their mental stress as interacting with family members is a stress absorber for most of the humans.
Pregnant and lactating post-graduate doctors have to be extra cautious in this season and unfortunately, they are also deployed in the first line care at most of the places due to shortage of human resources.

The housing colony associations of various cities have made the situation worse for RDs by asking them to stay away from housing colonies as they saw doctors as potential disease spreaders. One landlord at Hyderabad even called a HCW “dirty” and accused her for the spread of the disease in the locality. This inhumane behavior came from the same fellow citizens who clapped and clanged utensils, apparently in support of HCWs, when PM Shri. Modi asked them to do so. Once again, RDs were the ones who suffered the maximum as most of them don’t have a permanent residence in the city where they work. There have been incidents in which the health care workers (HCWs) have been manhandled by the public when they were approached to collect swabs for tests. Anyone can imagine the effect of these demoralizing incidents on the mindset of poor doctors. Apart from giving the glorified name “COVID WARRIORS”, the attitude of the public has been dismal.

“If you get COVID, it’s your fault and you have to explain how it happened”, this was the gist of the notice released by the Delhi government (this notice was later withdrawn after a public uproar against it). It is difficult to understand what was going through the minds of officers who created that notice. Despite taking adequate preventive measures, HCWs can still get the infection, and all they need after acquiring the infection is moral and medical supports and not the nonsense office orders. Few days ago, I saw a YouTube comment asking the authorities to test the COVID positive doctors once again to confirm that doctors are not making fake medical reports to get quarantine. All I can say is that, the person who wrote that doesn’t have a heart.

The health department of Kerala decided to post house surgeons who completed their course in nearby primary health centers and the house surgeons were ready to serve as the situation was demanding. However, the order didn’t mention anything about their posts, their permanent registration, accommodation, and salary which should have been there in any recruitment order. District Collector of Thrissur posted on the official Facebook page couple of days back that “plans are in place to post COVID positive asymptomatic doctors at COVID First-Line Treatment Centers (CFTLC) where asymptomatic COVID patients stay” (this post was also taken down later). These mindless bureaucrats forgot that doctors are also humans and they also need rest when they suffer from a disease.

Resident doctors are students who are learning one medical branch in detail and academic programs are extremely important for post-graduation course. Yet, it is a fact that the academic programs of postgraduates have taken a hit, courtesy to COVID and social distancing protocols. Bedside teaching dried up and the same applies to case discussions. Faculties have tried to compensate with ZOOM meetings and webinars, but that cannot compensate completely. The end of the course exam of final year residents was delayed in all states due to various logistical reasons; and in some states, it hasn’t been completed yet.

In major chunk of the incidents of atrocities against the doctors, the sufferer would be junior residents and there have been instances in which a junior doctor had been made scapegoat to cover the failures of health system and its administrators. Even in this pandemic, patients and their relatives shout at these poor resident doctors for non-availability of beds and ventilators, even though the onus of providing those facilities is not upon them.