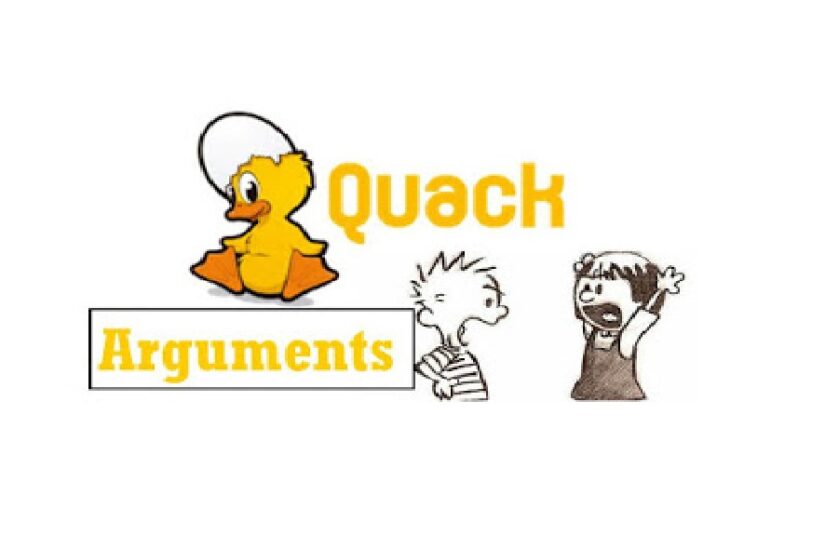 Fundamental Duties 51A (H): It shall be the duty of every citizen of India to develop the scientific temper, humanism and the spirit of inquiry and reform.

Alternative medicine includes Homeopathy, Ayurveda, Unani, Acupuncture, Siddha, Yoga, Chiropractic, Naturopathy, etc. Debates against alternative medicine should ideally go one-sided as science has proven its fallacy. However, it isn’t the case as the supporters of these systems resort to arguments that are based on twisted facts which are also appealing to the common man who doesn’t know much about it. More often than not, pseudoscience supporters resort to arguments like Pharmaceutical mafia, side effects of allopathy, immunity booster, etc. I have listed here 6 common arguments made by the pseudoscience supporters and my explanations for the same.

I have seen it working. I know people who improved after taking medications from an alternative system of medicine.

Evidence based on anecdotes doesn’t hold any value in science. Anecdotes can inspire us to initiate researches about a particular topic but we cannot draw conclusions without the support of research. For example; one can hypothesize that an alpha-receptor blocker drug (like Prazosin) will be effective in scorpion sting by symptom analysis. Nevertheless, we need to confirm this hypothesis by conducting randomized trials before using that drug in patients.

I have seen a lot of claims by alternative medicine practitioners that they have healed chronic back pain, allergic disorders, etc. What they need to provide with these claims is evidence which they don’t have. A major chunk of chronic conditions can have waxing and waning of symptoms and the majority of minor illnesses are self-terminating. Allergic disorders are seasonal usually and the symptoms will subside once season changes. Dengue fever will subside on its own in 70% of cases. In cases of chronic back pain or any other chronic pain syndromes, the placebo effect of these pseudo medicines will work and the patient will feel better symptomatically for few weeks. There are hundreds of articles on how alternative drugs provide a sense of well-being without having any medicinal effect.

Alternative systems may be providing psychological relief to patients consulting them, but there are ill effects also. For example; the condition called Extra-Hepatic Biliary Atresia (EHBA) affects the normal flow of bile through the bile ducts, resulting in jaundice and liver failure. This condition affects the newborns and it is curable with surgery if done within 3 months. I have seen at least a dozen cases in which the infant died due to delay in getting the surgery done because the parents consulted alternative medicine healer (usually Ayurveda or Homeopathy) and wasted the precious window period for surgery (in this case, first 3 months of life). This is not an isolated incident and such incidents are on a rise. By allowing these systems to exist, we are jeopardizing the health of our citizens.

There are researches in favor of alternative medicine in PubMed. What about that?

There are indeed numerous publications in various journals supporting these illogical practices. When you go deep and analyze these articles, you will be amazed to find that the lion’s share of these articles is published in journals of complementary medicines itself. If a homeopathy article gets published in a homeopathy journal, how can you brag about the study? Metanalysis is available in the Cochrane library about various such pseudo sciences and Cochrane says that “these evidences are of low quality” or “further confirmatory evidences are required”.
On critical analysis of so-called ‘Randomized Controlled Trials” published in favor of alternative medicine, it can be seen that they are neither randomized nor did they keep controls as done in modern science. There are universally accepted protocols for conducting trials and failing to follow such protocols will deem the study as invalid. These blind followers will cherry-pick the articles in favor of their system even though the majority of articles are against them.

What do you mean by increasing immunity? We can keep our immunity at optimum levels by maintaining proper eating habits and a healthy lifestyle. We cannot increase immunity by taking medicine. If there is a deficiency of a nutrient or a defect of machinery which produces antibodies, we can supplement the deficient nutrient or immunoglobulin and bring the immunity back to optimum levels. In a normal or a sick person, boosting immunity is not the solution to cure the disease. If immunity goes out of control; autoimmune diseases can develop which is harmful to the body. Don’t confuse this with vaccination which is a way of developing memory cells, which will help the body to mount a proper immune response in response to infection by real pathogens, by administering a small dose of protein (antigen) from pathogens.

Modern medicine drugs damage the body a lot and complementary medicines are free of adverse effects.

All the medicines in modern medicine have some adverse effect or the other. Commonly prescribed medicines at OPD have only minimal and tolerable side effects. All the side effects are well studied before the launch of a drug into the market and hence doctors are well aware of it.  If the doctor thinks that this potential adverse effect can harm the patient, he will either use another drug or warn the patient about the danger signs. In certain conditions, if the situation is demanding, doctors tend to use drugs with severe side effects after discussing with the patient to save his or her life. Side effects are there for all substances that we consume, even for water. We drive a car even though there is potential adverse event of road traffic accident (which can even kill the passenger) because the chances of such an event are low if we drive properly and so are allopathy medicines. In a nutshell, it is based on a risk-benefit analysis.

An allopathic drug can get banned if severe adverse events are observed, even in post marketing surveillance.  Unlike this, no extensive studies are available to prove the effects and adverse effects of alternative system medicines. It is prudent to say that “we don’t know whether this drug has any side effect or not” rather than claiming that it is free of adverse effects. Have you ever seen a Homeopathy or Ayurveda society blacklisting any of their drugs because of its adverse effect?

This is propaganda by the allopathy drug mafia. They are afraid that they will lose the market if alternate systems like homeopathy, Unani, Siddha, etc. flourish.

Like many other major industries, pharmaceutical industries also involve in million-dollar businesses. I don’t have the first-hand experience, but I have heard that they bully doctors to write their brand of medicines, tweak government machinery to improve their income, etc. Nevertheless, this pharmaceutical mafia theory will not support the argument that other systems work. All they need to provide is evidence to support their system of medicine.
It will be worth noting that systems like homeopathy and Ayurveda are also billion-dollar businesses. According to Zion Market Research, the global homeopathy products market was valued at approximately USD 5.39 billion in 2017 and is expected to generate revenue of around USD 15.98 billion by the end of 2024, growing at a CAGR of around 16.80% between 2018 and 2024. A study by Confederation of Indian Industry said that there will be a turnover of 4.4 billion dollars in the Ayurveda sector in India by the end of 2019.
What is terrible is that the students who enroll themselves in these kinds of pseudoscience courses are those brilliant students who had no other option because they fell short of few marks in medical entrance examinations. It is difficult for them to come out of this course in between due to embarrassment and the need for entrance preparation once again to obtain a seat in medical college. These pseudoscience courses should be banned as it can damage careers of many intelligent students. In country like India, where the doctor patient ratio is well below the optimum level, we shouldn’t waste our resources for pseudoscience.

Please give your valuable feedback in the comments section.