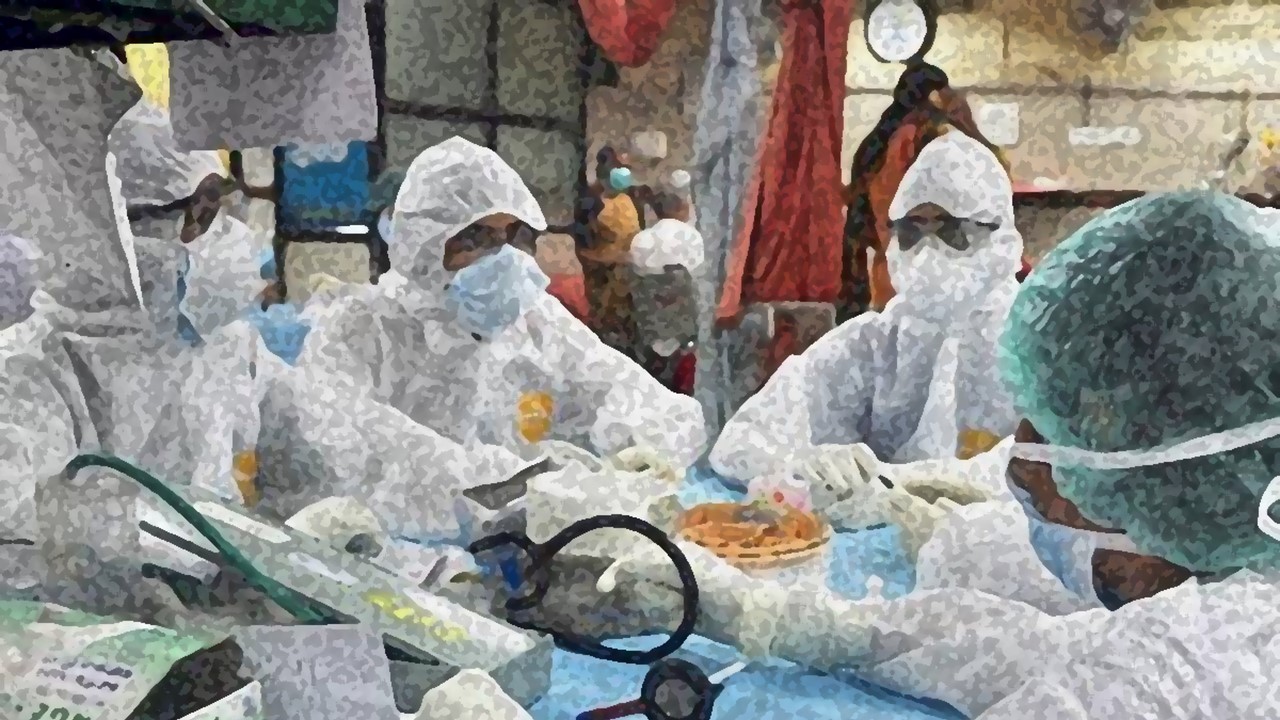 If you are a Keralite who consumes rice, you might have noticed in the news that the junior doctors, who are working at health centers and COVID First-Line Treatment Centers (CFLTC), are going to submit their resignation. Before being the typical Malayali, who calls out a lack of social commitment in this young generation of doctors, I would like you to read till the end of this article to know the plight of these young doctors.

The first COVID 19 case was reported in India on 30th January 2020, who was a Keralite student who had returned home for a vacation from Wuhan University in China. As expected, the number of cases increased day by day, and our already overburdened health care system was pushed to its limits. There have been rumors towards the end of March 2020 itself that the house surgeons of 2014 MBBS batch, the outgoing interns, will be posted at peripheral health centers to tackle the surge of COVID cases. The government might have thought that his pandemic would end in three months and posting permanent staff would cause a financial burden. It is a fact that the government was forced to make this decision due to lack of manpower in our health system; innumerable decisions made consequently were tyrannical and autocratic.

The Government of Kerala issued an order to post outgoing house surgeons in the nearby health centers by invoking the sections of the Kerala Epidemic Diseases Ordinance on 14th of April, 2020, which was signed by health secretary Dr. Rajan Khobragade. 2 weeks later, the posting order for the house surgeons in various health centers across Kerala came out and the doctors were asked to join their respective duty place at the earliest.
The junior doctors needed to complete their permanent registration to work as registered doctors and they found it difficult to complete the formalities of registration due to the COVID crisis.  On June 23rd, another order was issued from the authorities, which was a threat that punitive actions will be taken against those doctors who fail to appear for duty.

What is ironic in all those three orders is that none of them mentioned anything about the post and salary of the newly appointed junior doctors. The junior doctors association and various other medical student bodies raised questions against it and subsequently, the Government released a notification that the salary of the doctors has been fixed as 42,000 INR.

Now, you might think that the problems and differences of opinion would end here, but that hasn’t been the case so far. Despite taking hectic shifts at various COVID treatment centers donning the claustrophobia-inducing Personal Protection Equipment (PPE), many of these young doctors haven’t been given their salary as of now. When the dejected and deceived doctors approached the High Court of Kerala for a solution, the Government of Kerala (GoK) released an order at midnight before the hearing of the case that the salary would be released soon and the post of the doctors is ‘Temporary medical Officer’.

When I started writing this article on this issue, I had to go through a plethora of orders and I must say in the lines of a meme:

If releasing orders is an art, then the Government of Kerala is an artist.

If you think the twists and turns are over and normalcy will resume, you are wrong again. Almost a week later, on August 27th, a section of the junior doctors received their salary and to their surprise, they didn’t get the promised amount, courtesy to yet another order released by the Directorate of Health Services, Kerala. The salary of 6 days was deducted as a part of the salary cut done by the Government to accumulate funds to fight against COVID.

Monthly salary is 42,000. Salary challenge deduction is 8200 and profession tax is 1000. What we are supposed to receive is 32,800 and many haven’t got that too. This is the monthly salary of junior doctors who are working at the forefront against COVID pandemic. In all other states it is above 70,000.

So far, you read only about the administrative and financial aspects of the problem, but there is a lot more about it. These youngsters suffered a lot in many other aspects in the name of social commitment and work ethic and that include:

Torture and exploitation at the workplace

The appointment of passed out house surgeons in health centers was a lottery for the existing medical officers at peripheral centers. They deployed the new doctors at all busy areas of the hospital and even asked to complete administrative works like data entry. Few medical officers took leave or started to do only those works which were less hectic, putting all the burden on the shoulders of the new doctors. One of the junior doctors wrote in her Facebook profile that, she had to collect 100 swabs from COVID suspects in a day and when she was about to leave after the duty, she was asked to complete the data entry at the official website.

When a lady junior doctor asked an administrative officer about the pending salary, her response was:
“Why do girls need a salary? You can ask your parents right?”
This is not an isolated derogatory statement; in fact, the young doctors have faced many similar utterances from many corners in the past four months. When the whole world is trying to keep up the morale of their health care workers, Kerala health administration is taking a different stand; of course a wrong stand.

By the end of the MBBS course, a vast majority of students must have crossed 24 years of age and this is an age in which your parents expect you to contribute to your family financially. Nevertheless, MBBS graduates always fail to meet that expectation due to an array of reasons. Many junior doctors so far haven’t received any salary and some received an amount after deduction and on top of it, all the travel and day-to-day expenses have to be managed from their own pockets.  Some people have to travel dozens of kilometres to reach the duty hospital and as public transport options are minimal, they all have to either use their vehicle or hire auto-rickshaws.

Concerns about the professional career

The Government has asked only the Government medical college students to do this compulsory service, which will indirectly affect their postgraduate entrance preparation. The private college students may get an advantage over these working doctors in the PG medical entrance, which is months away from happening. I will be happy if I am proved wrong, but I don’t think the health administration will allow them to leave after 3 months of service as COVID cases are shooting up.

Slavery, as we know, is the state in which a person is held against his/her will, using threat, and physically forced, or intimidated into working by a slaver. Across human history, we can see multiple instances of slavery in almost all geographical regions, and unfortunately, even today it exists even though its attire has changed. It still exists in the medical sector where the junior doctors are held against their will, using the threat that legal action will be taken against them, and forcing them to take herculean shifts without any remuneration in various health centers across Kerala by the health department administration.

In a land where “Nokkukooli” is asked, few hapless youngsters have to fight for their deserved salary. How hopeless the situation is.

Posts script: This article was originally published on 29th of August, 2020.