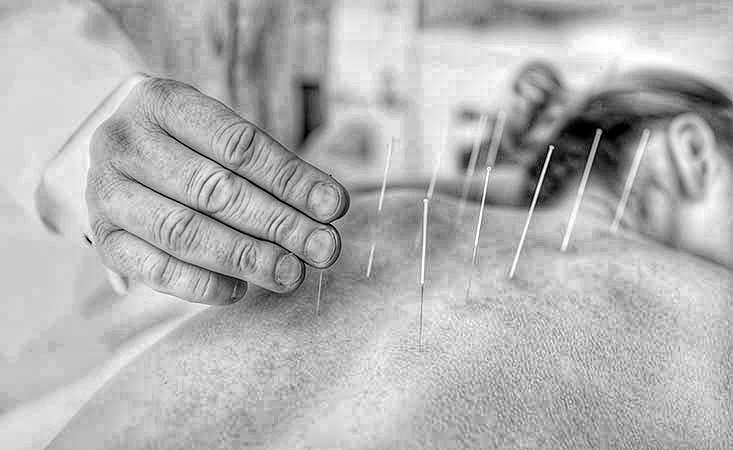 Acupuncture is a pseudoscientific system of alternative medicine in which needles are inserted into the body at different sites (meridians) to “heal” the diseases. Unlike other systems of medicine, acupuncture doesn’t use any sort of drugs and it is completely based on needle pricks. Modern science has convincingly disapproved acupuncture practices by providing quality evidence, but despite that, acupuncture is still being practiced in different regions of the world.

Since not many of my readers are aware of the history, development, practices, and evidence related to acupuncture, I will break this article under those headings and explain in detail.

According to literature, acupuncture originated in the fifteenth century in China. However, based on the post mortem analysis of Ötzi, also called the Iceman, a well-preserved natural mummy of a man who lived between 3400 and 3100 BCE, retrieved from Austria, it will be prudent to assume that such practices existed even before the fifteenth century. There were many tattoos in the body of that mummy which were at the sites of needle insertions done in acupuncture. Nevertheless, this system of medicine flourished in China until the early nineteenth century when the teaching of acupuncture was banned completely by the imperial authorities. The revival of this pseudoscience then happened in the twentieth century, when Mao Zedong, the General of China, used these traditional healers to provide healthcare for the poor as there was a shortage of professional doctors. As per books, Mao Zedong never believed in this alternative medicine and he wanted to use acupuncture only as an interim option.

A New York Times journalist, based on his personal experience on tackling post-operative pain of appendicitis, wrote an article about the beneficial effects of acupuncture, and consequently, it created a positive image about this quackery in the western world. By the 1980s, acupuncture made a strong grip in the western world despite having no evidence to support its therapeutic efficacy.

According to acupuncture, there is qi (pronounced as chee) in the body which is the energy source of life. Qi flows through various channels in the body called meridians and each channel is related to one separate organ of our body. Lung Meridian, Large Intestine Meridian, Stomach Meridian, Spleen Meridian, Heart Meridian, Small Intestine Meridian, Bladder Meridian, Kidney Meridian, Pericardium Meridian, Triple Warmer Meridian, Gall Bladder Meridian, and  Liver Meridian are those 12 meridians and in total, there are 365 needle insertion points spread across these meridians. For example, large intestine meridian has 20 points and it starts from the tip of the index finger and passes through the radial aspect of the index finger, the inter-space of the first and second metacarpal bones, lateral anterior aspect of the arm, acromion, supraclavicular fossa, neck, and cheek serially before ending at the nose.

As per acupuncture mythology, the diseases develop due to the imbalances in qi, and such imbalances can be relieved by inserting a needle at these meridians. This hypothesis is quite similar to the medical practice that existed in the seventeenth century Europe where people believed that diseases are caused due to the disproportion in the four ‘humors’: blood, phlegm, black bile, and yellow bile. The acupuncture service providers listen to the complaints of the patient and come to a diagnosis, and based on that, needles are inserted at various meridians.

Towards the end of the twentieth century, WHO (World Health Organization) and NIH (National Institute of Health) published documents, in favor of acupuncture, mentioning the conditions in which acupuncture can be used as a treatment modality. This list included disease states like postoperative nausea and vomiting, postoperative dental pain, addiction, stroke rehabilitation, headache, menstrual cramps, tennis elbow, fibromyalgia, myofascial pain, osteoarthritis, low back pain, carpal tunnel syndrome, and asthma. This led to a widespread uproar to include acupuncture in the clinical practices even though many doctors were skeptical about it.

The WHO report was widely criticized as it was based predominantly on Chinese studies alone and the methodologies of those studies weren’t up to the mark. NIH recommendations received criticisms from modern medicine doctors as the committee which formulated these recommendations consisted of pro-advocates of acupuncture. Moreover, the studies considered by NIH had no control group because acupuncture involves the sensation of puncturing the skin with needles, and creating a placebo was more complicated as compared to drug trials in which it is easy to give placebo pills. In those studies, patients of treatment groups were given needle pricks as prescribed in the acupuncture literature and the control group was left alone without any needle insertions, and when results were analyzed, it was found that the symptomatic relief was better in acupuncture group as compared to the group which received no treatment. However, as the control group didn’t receive any treatment, the placebo effect was completely absent in them, and hence, the relief in symptoms due to acupuncture in the treatment group can be attributed to the placebo effect, which is present even in homeopathy. A study sans control group cannot be considered as a proper trial because the placebo effect of the treatment cannot be eliminated in the analysis.

Later, using sham needles, randomized double-blinded trials (RCT) were conducted and it was proved beyond doubt that acupuncture is nothing more than a placebo. In these studies, needles were either inserted at sites that were not a part of acupuncture meridians or inserted at meridians but not up to the depth as prescribed in acupuncture methodology. Cochrane reviews (one of the best sources for evidence in medicine) on acupuncture are also in congruence with these RCTs. The funny part is that the scientists tried pressing with sharp ends of toothpicks instead of needles and the patients had similar effects as compared to proper acupuncture.

A tiny number of advocates of acupuncture came up with theories of opioid and endorphin releases in response to needle insertions, which can potentially improve pain in certain cases. They embraced the modern scientific way of explanations rather than the traditional image of acupuncture. However, we have successful non-pharmacological therapies to alleviate pain, and acupuncture methods have not been proven to be superior to that.

So, is Acupuncture scientific?

As far as the current evidence is concerned, acupuncture is pseudoscience. The reasons are obvious: qi, the energy source of life never exists. Anyone who has a basic understanding of the anatomy of the human body can understand that the concept of meridians is mythological rather than logical. Contrary to the understanding of modern science, needle insertions at remote sites that are not related to the organs concerned cannot cure a disease. As I told in my previous article on homeopathy, pseudoscientific practices like these can delay the proper treatment of potentially treatable conditions. This can even jeopardize the health of patients and hence, such practices need to be banned.

Please give your valuable feedback in comments section.

One thought on “Astrology with needles: why acupuncture is pseudoscience”