Why medical professionals should get orientation in Psychiatry? 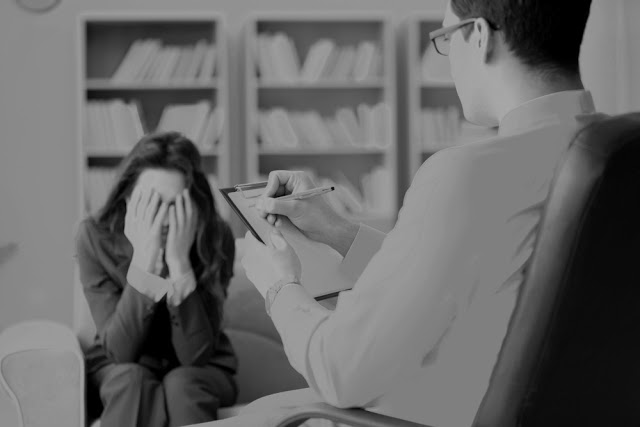 Psychiatry is one of the most neglected subjects in the undergraduate medical syllabus; Anesthesia is a close competitor. MBBS students consider psychiatry clinical posting as a month to bunk and chill. Reasons are many which include less weightage in final theory exams and post-graduate entrance exams; the belief of authorities who decide the curriculum that psychiatry is not the cup of tea for under graduates etc. I neither want to increase the weightage of psychiatry in competitive exams nor want to prove that it is the best clinical subject. It’s not even the subject in which I am doing my specialization. I just want to talk a little bit about the importance of this subject at an undergraduate level.

Most of the medical colleges today don’t give adequate importance to psychiatry in the MBBS curriculum resulting in a lack of awareness about psychiatry and psychiatric illnesses among non-psychiatric health professionals. Lack of awareness sometimes reaches such an extent that they don’t even know the correct spelling of psychiatry: “Phychiatry”, “Pshychiatry”, “Psichiatry”, etc. to quote a few. Medical students, who are usually under stress due to various reasons, don’t even realize that consulting a psychiatrist can be a lot helpful to tackle pressure situations. There are doctors/medical students who discourage their peers from getting a consultation from a psychiatrist because of a lack of awareness about mental illnesses. We had a patient (his father was an Orthopedician) who had major depression and despite effective medical therapy, he wasn’t getting remission. The reason was that his father was not allowing him to take his medicines regularly, despite being a doctor due to the stigma associated with depression. If this is the condition among the health care providers, you can imagine the condition among the public. Just like our body getting an illness, our mind can also get illness and unlike the popular perception that these are just functional disorders and don’t have a physical basis, a major chunk of psychiatric disorders has a physical basis like imbalance of neurotransmitters at different parts of the brain.

What is alarming is that sometimes few general practitioners who have no idea about psychiatry, attempt to treat patients with mental illness and that treatment usually does harm. There was a famous specialist of Internal Medicine at Bhopal who used to treat all psychiatric patients with a combination of Tricyclic antidepressants and mood stabilizers. I have seen many scenarios in which patients, who are in the phase of depression of Bipolar Affective Disorder consuming anti-depressants instead of mood stabilizers (like Lithium) as prescribed by a general practitioner and end up in the mania state. Amitriptyline is the drug of choice for all psychiatric disorders, according to a few doctors who don’t know the basics of Psychiatry. One month of dedicated clinical postings can make the budding doctors understand that all mental disorders are not one and the same, and so is the treatment.

Psychiatry predominantly consists of a meaningful conversation with the patient and relatives and the role of physical examination is comparatively limited in this branch. This creates an idea among others that it is all about talking which anyone can do; however, it is not that simple. Can you convince a man who is going to commit suicide to not to do so? It requires skill to perform a physical examination and to do surgeries and the same applies to enter in a meaningful conversation with a psychotic patient who has no insight. Just like the way we acquire a skill by doing it multiple times, extracting information from a patient without insight is also a skill that requires training.

A wise man once said: “Things about which we talk very less due to stigma are the ones which create maximum problems”. He gave examples of sex and sanitation and in my opinion, mental health can also be added to that list. Since we talk less about this subject, there is a plethora of taboos and stigma associated with this subject hindering the proper identification and treatment of mental illnesses. Unlike popular perception, psychiatric disorders have effective treatment and cure is possible in a majority of them. Mental illness can happen to anyone and causes are multifactorial. Yes, the duration of treatment may last for 6 months to years in some cases; however, symptomatic improvement will be visible within weeks. Moreover, even in chronic diseases like essential hypertension or diabetes mellitus, we require long-term treatment, and hence, drug therapy for months shouldn’t be considered as a drawback. In psychiatry, a complete cure is possible for the vast majority of diseases.

Contrary to popular belief, Psychiatry is not just limited to the treatment of mental illness. Breaking bad news, which is an art, also comes under the realm of psychiatry. A diagnosis of cancer, news of the death of a relative, etc. is very difficult to convey and a clinician requires good communication skills to do that. De-addiction is also an important topic which psychiatrist deals with. Nowadays, many other specialty doctors and even paramedics have started to open clinics for the cessation of smoking and alcohol. Most of them prescribe nicotine chewing gums for those who want to quit tobacco which can cause a sudden nicotine surge in the body. A trained psychiatrist is necessary for effective de-addiction as it not only involves pharmacotherapy but also behavioral therapy.

Recently, WHO had a year-long campaign based on depression. Latest estimates from WHO suggest that around 300 million people are now living with depression which is a ridiculous number. Mental health assumes great importance, especially in medical colleges. Almost all medical students face tremendous pressure to succeed. Many of the students find it difficult to cope with this pressure. Suicides do happen at medical colleges and it’s a shame that it happens in such a set-up where people who could help are a few footsteps away. Hence, it is important to teach them how to handle it and how to seek help in the initial days of MBBS itself. Orientation classes by a psychiatrist will be very helpful. It’s high time we give more attention to mental health.