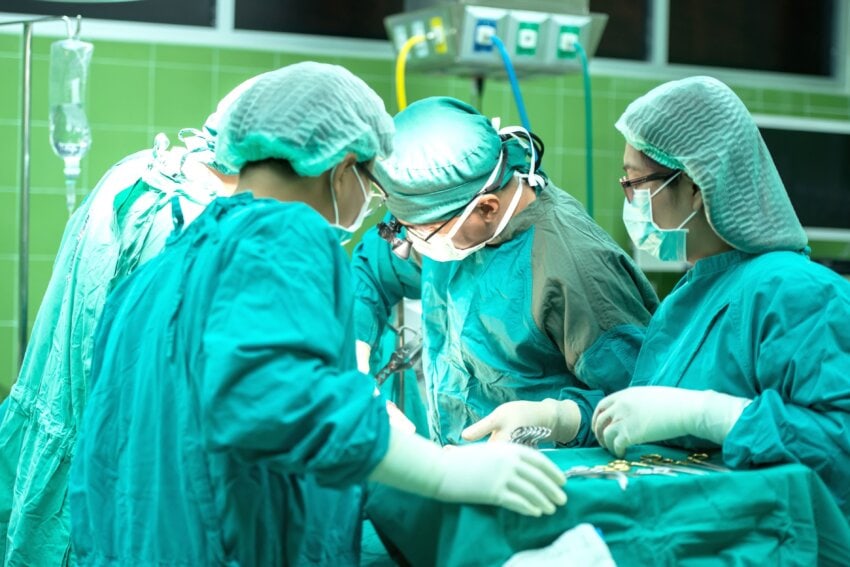 A few days back, a video went viral on social media in which a resident doctor (a doctor who is undergoing post-graduation / PG doctor) was shouting at the bystander of a patient. The person who took the video conveniently omitted the footage in which the bystander was provoking the doctor which resulted in that verbal altercation. As usual, the social media users showered abuse against him and some even went to the extent of demanding his dismissal. Without even forming an enquiry committee, he was suspended for a few days by the hospital administration in order to satisfy the public. However, the core problem in our medical system is yet to be addressed which actually results in these unfortunate incidents. Here I will be discussing a few reasons for the frustration among PG doctors.

The Welsh labor rights activist Robert Owen coined the phrase “Eight hours labor, eight hours recreation, eight hours rest” as early as 1817. The labor laws state that only 8 hours of work shall be allowed for any employee and if the employer wants to extend that, then overtime payment shall be given. Nevertheless, PG doctors have to work 80 to 100 hours a week without any holidays and this tiring schedule does affect their physical and mental health. Studies have found that if too much time is spent on patient care and paper works, resident doctors may not feel that they are gaining knowledge from these experiences and feel disappointed that they have no time for learning and thinking about their patients [1]. A tired doctor may not be in a state to patiently listen to the complaints of the patients and they may get provoked easily if the bystanders of patients try to irritate them.

The humungous workload also has taken a toll on the academics of junior doctors. Researchers have found that reducing residents’ workload will enhance attendance in academic activities like conferences, improve duty hour compliance, and improve patient safety [2].

We are overworked. Still, our basic demands like fair pay, proper working hours, weekly off, etc. are not met. In paper, everything is perfect and in practice nothing is served.

In a study done by Patricia et al. [3], it was found that the resident doctors have to do multiple works simultaneously during their shifts and there had been multiple interruptions while doing each task which could result in errors in patient management. This holds so true in the Indian scenario as well. For example, a PG doctor, while examining a case, will be asked to collect blood test results from the lab and to accompany a patient for a CT scan after that. This may result in errors in the diagnosis of the patient whom the doctor was examining initially.

The attitude of the common people towards doctors

There exists a mistrust towards doctors in the public domain. Even in the movies dating the 1980s, we can see doctors being villainized. For a great majority of the common people, doctors are those who are always money-minded, who form a malicious nexus with the pharmaceutical companies and even do harm for their patients for personal gains. Few are envious of the living standards of the established doctors and they think that all the doctors live in those standards. Consequently, these kinds of baseless thoughts result in a lack of empathy for resident doctors who work day and night for the betterment of the patients. There is an increasing trend in the number of medico-legal cases filed against doctors and doctors have started practicing defensive medicine (the ordering of tests, procedures, referrals, or avoidance of high-risk patients or procedures, to reduce medico-legal cases) for the sake of their safety.

Even though doctors are in no way responsible for the lack of facilities in hospitals like lack of beds, delay in getting blood test results, delay in getting a slot for scanning, etc. patients show their frustration at doctors. Only very few hospitals and medical colleges have Public Relations Officers (PROs) at all the ICUs and major wards to talk with the patients and to sort out these problems. Doctors at the rest of the medical colleges have this administrative job as well and studies have shown such stressors have resulted in suboptimal patient care [4].

The doctor-patient ratio of India is one of the worst in the world; we have 1 doctor for 1456 people against the WHO recommendation of 1:1000 [5]. There is only 1 government doctor for a population of 11,000 people and there is only 1 dental surgeon per 175,000 people [6]. When the COVID pandemic hit India, Government should have taken it as an opportunity to strengthen our health infrastructure. Instead, they promoted Ayurveda and Homeopathic remedies which are unscientific and we saw what happened in the second wave.

Kerala Government, instead of appointing new doctors, appointed resident doctors at COVID first-line treatment centers (CFLTC), making manpower shortage even worse at medical college. They had no concerns about the academics and workload of the PG doctors. Studies have shown that increasing manpower at hospitals has resulted in improvements in resident perceived educational value and clinical experience of ward rounds [7].

Even after taking continuous duties, sacrificing personal time, doctors are the ones who are crucified for lack of resources, failed government policies, and political melodramas.

Toxicity of the departments

The faculty members of government medical colleges usually have excellent clinical acumen. However, some of them still want to run the department in the same way when they were residents. Residents hardly get any holidays and they are forced to work 7 days a week. Certain faculty members consider it a sin to grant leaves for the residents. When residents ask for a leave, some of the professors deny that by stating a weird reason that they used to work even harder during their residency. Residents may get leave if they fall sick, but may not get leave if it to take rest for one day so that he/she will be fresh to work in the coming week.

Despite pushing PG doctors to their limits, faculties have no shame in asking favors like helping them prepare presentations and write-ups to submit for journals. A minor section of faculties even asks residents to carry books and bags to their car.

There is a popular narrative that doctors care only about money and there exists an unholy nexus of doctors and pharmaceutical companies. The average salary of a resident doctor is 65,000 (ranges from 45,000 to 100,000) and the working hours per week are over 80 hours. Remember, a resident doctor is at least 25 years old when he/she joins for PG and at the same age, however, an IT professional who is placed at a good company will also be earning the same amount and his/her working hours will be around 50 hours per week with a week off. Also, there is nothing wrong with making money in a legal way without compromising medical ethics. Doctors have sacrificed more than 10 years to become a specialist and hence they deserve good pay.

I would recommend the common man to visit the duty room of resident doctors and their hostels. The dilapidated rooms and unhygienic sanitary facilities at these places may not match with the “money-minded doctors” narrative.

“The residents are trained in a work environment that fulfils all conditionalities of an unhealthy system. Long hours of continuous duty stretching more than 24 hours coupled with sleep deprivation, lack of personal care, and complete disregard for mental health directly affects the standards of medical care. Moreover , system itself glorifies the toxic environment and overburdened residents “

Absence of a proper referral system

Even though we have a good network of primary health centers, community health centers, and district hospitals, people still seek care at tertiary care centers like medical colleges even for trivial illnesses like a sore throat. A study conducted at a tertiary care hospital in Uttar Pradesh reported that among the people who consulted doctors at the outpatient department, only 50% required care from a tertiary center [8]. Even though many medical colleges provide outpatient consultations to only referral cases, people come to the emergency department for minor ailments. This will add to the burden of an already stretched system.

What can we do to solve this problem?

If Government and health departments fail to implement these critical changes in the residency program, doctors will continue to face the heat of patients’ frustration. As doctors are also humans, they will retaliate after a breaking point. Ultimately, doctors will resort more towards defensive medicine to escape from all medico-legal cases which will indirectly harm the patients.