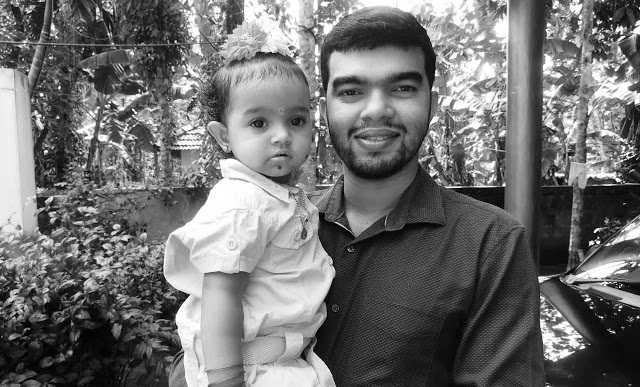 While working in the Behavioral Pediatrics unit at my hospital, I have seen a number of cases where child was brought to us with the complaints of thumb sucking, self-biting and many other odd behaviors. More often than not, these children don’t have any other comorbidity; have normal birth history with adequate birth weight. They might even have achieved their milestones adequate for their age. But on detailed probing, one thing will be common in these cases which will be psycho-social deprivation often due lack of attention from parents.
Now, you may think that these children are from broken families or there will be issues of alcoholism etc. but these are normal families. Due to one reason or the other, parents don’t get adequate time to spend with their children therefore leading to such odd behaviors in children.

To explain in detail, I will tell a real life story. A 3 years old developmentally normal girl child was brought to us with complaints of self-biting for 1 year. The parents told us that they satisfy all her needs and she didn’t have any other aggressive behavior. As a routine in behavioral pediatrics unit, we asked about the occupation of parents and the atmosphere at the family. Mother, who is a graduate, worked in government service and father had some business. Mother has to go at 7 AM in the morning and would be back only by 6 PM. Father stays away from home and comes only once a week as his workplace is far away from the home. The child lives in a joint family with her mother, 2 elder siblings who are in their teenage, uncle and aunt and cousins. On detailed probing, mother told that the second child also had similar issues but the first child was perfectly fine. The pathology of the problems was diagnosed after few more questions. Mother got her job when the first child was 4 years old and hence he didn’t manifest any behavioral issues. Second child, like the third one, was brought up by the grandparents and did show behavioral issues.

So, what is the take home message? Please don’t think that, I am against working women. In fact, I am totally in favor of mother going for job as that will increase her self-esteem and will make her independent. What I am going to say is applicable to both parents. Don’t ever allow your working schedule to take a toll on the time that you spend with your children. What I mean by time with children is, one hour exclusive for them and preferably not at night. Child needs love and warmth from parents and grandparents can’t be a substitute for parents.

So, what can you do about it?

1.   After coming back from work, spend one hour with your child. Don’t allow grandparents or any other relative to interfere at that time. Read out stories from child magazines and explain the story in a way which they like. Draw pictures and solve small puzzles given in those magazines. If your way of storytelling is good, next day onwards, child will wait for that time to arrive so that she can enjoy with you. It also increases the bond between parent and child.

2.     Joint families have been a glorified subject always. We always think that child will be benefited with a joint family which may not be the case always. In a patriarchal society like India, the mother will have to do all the household works and she may not be able to take care of her child as plenty of things will be there to sort out in a joint family. If there is no maid, preparing food for so many people itself will be challenge. So, don’t hesitate to take another home and stay as nuclear family if the child is getting affected.

3.   Don’t depend on mobile phones and TV to pacify your child. You are the best companion of your child and don’t allow an electronic gadget to take that place. There are guidelines about the time a child can spend in front of television and it is actually too less. It can create physical as well as psycho-social deprivation.

4.   If you are financially sound and you feel that you won’t be able to give quality time for your children after office hours and household works, do appoint a maid so that you can spare the time which you otherwise would have used for household works.

5.   Bringing up a child is not the only responsibility of mother. Fathers do have to step up and give their time to children. Grandparents show unconditional love towards children but nevertheless, it won’t suffice. Children, as they grow up, observe how other children are being treated by their parents and may develop insecure feelings if their parents fail to match the expectations which they develop by observing other parents.

6.  Family planning is the last but not the least thing that I want to put emphasis on. It’s better to have two children and preferably with an age gap of 3 years. If you have too many, too many problems can arise. The need for different children will be different and each one of them will suffer. Limit your progenies to two and give good care to them rather than producing three or four and handing over the responsibilities to grandparents.

“The kids who need the most love will ask for it in the most unloving ways.”—Russel Barkley