Tips for parents to take care of their newborns 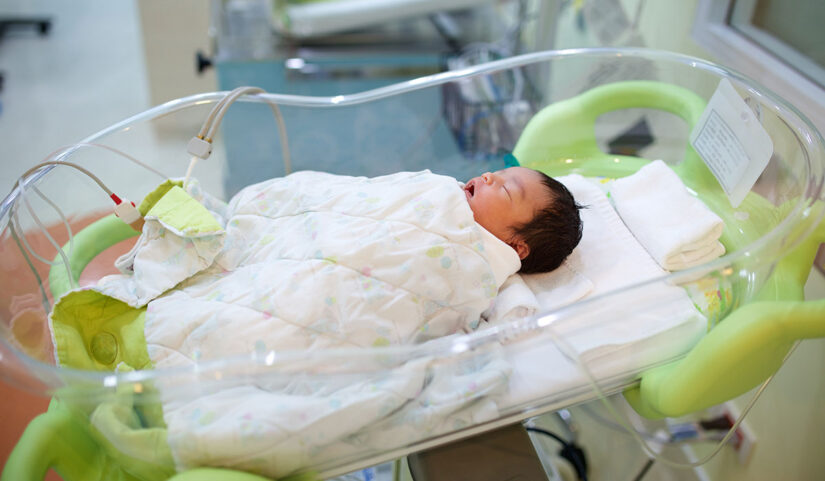 Being a parent is a huge responsibility. The parents and their family have to sacrifice a lot to take care of the baby. This is such a responsibility, which most of the parents will enjoy but will consume most of, if not all, of their leisure time. It’s a responsibility which will test your patience. Being a resident doctor working at Pediatrics, I have seen numerous anxious mothers, who come up with trivial complaints. Most of the parents are well aware of the duration of exclusive breast feeding, importance of weight gain etc. which actually makes our job easy. But, I have seen a few misconceptions among the parents about infant care which can potentially cause serious health problems to the children. There are certain areas where the guardians need to have proper knowledge so that child will have a joyful infancy.

Everybody knows about this but unfortunately not many adhere to it completely. There exists no other source of nutrition for the child which is superior than human milk. It not only provides nutrition, antibodies for immunity, gut maturity etc. but also improve the bonding between the child and the mother. The only exception for exclusive breast feeding is medications. Unfortunately, many mothers assume that they don’t have enough milk to feed the baby and they choose formula feeds to provide nutrition. Even if it is a twin pregnancy, mother will produce adequate amount of milk to feed both of them. Mother may not produce enough milk on the day or the next day after delivery. The milk production gradually increases and sucking of baby has a positive effect on it. Even though we do rely on formula feeds in a few circumstances, it is never a superior or at par alternative for breast milk. It can even cause gut related illnesses as well. I have seen a grandmother asking the mother to discard the colostrum as it is yellow in colour. Notwithstanding all these facts, doctors may prescribe formula feeds if milk production is inadequate and child is at risk of hypoglycemia (low levels of glucose in blood).

There are four classical positions to feed the baby. The key points are the same in all four positions. The whole body of the baby has to be supported so that the baby feels comfortable. It is advisable to keep head little up as compared to the trunk so that the chances of regurgitation of milk and aspiration of it into lungs can be minimized. It is advisable to feed from one breast for single feed because the composition of milk that comes at the beginning of feeding is different from what comes later. Both foremilk and hindmilk are necessary for the baby. For the next feed, use the other breast. If you switch the breast when child is sucking from the other breast, baby will get only foremilk from both the breasts.

Always burp the baby after the feed by placing the baby against the shoulder of mother in such a way that the abdomen of the baby touches the shoulder of the mother and then gently tapping the back side of the abdomen. This causes the gas trapped in stomach to empty which in turn reduces the chances of aspiration pneumonia.

Self- medications and traditional medicines

In some localities, parents give their new born some natural preparation in an assumption that it will help in digestion. More often than not, it causes harm. People tend to believe that ‘natural products’ don’t have any adverse effects and even the graduates in science think the same forgetting the basic fact that all the substances (natural and artificial) are made out of some chemicals and those compounds can cause harm.

The dose of medications changes with the weight of the baby. The parents must also be aware that the same medicine can come in various concentrations (for example, Paracetamol syrup comes in concentrations of 125mg/5 ml and 250 mg/5 ml). So, if a doctor advices you to give your kid Paracetamol syrup 2.5 ml a day, don’t purchase the same syrup and give the same amount because the strength (mg/ml) of the syrup prescribed by doctor and what you get from the pharmacy won’t be the same.

In a few circumstances, where it is medically indicated to give the child formula feed, pediatricians advise the parents to give formula feed preparations available in the market. It’s important to know that the stomach capacity of the in fact is limited and hence the dilution of the formula feed powder with water has to be optimum. I have seen parents preparing a much diluted feed (one scoop in 50 or 70 ml of water) resulting in malnourishment of infant. Most of the products available in the market recommend a dilution of one scoop in 30 ml of lukewarm water. The same concept is applicable when cereal semi solid preparations are given as complementary feeds. The feed should never be too dilute.

The best birthday gift that you can give to your kid for his/her birthday will be his/her up-to-date vaccination card. Immunization is in fact the greatest success story of the century. These days, so many anti-vaccination campaigns are going on all over the world including the developed countries. People with vested interests manipulate the facts and use it against vaccines. I have heard couple of times that oral polio vaccine can cause infertility which is absolutely baseless. All these arguments don’t have scientific backing. Trials have clearly proven the efficacy of vaccines beyond doubt. There are certain contraindications for certain vaccines and doctors are aware about it. I have seen death due to measles and I have heard of death due to diphtheria in the recent times which could have been avoided by administering vaccines at the right time.  If you aren’t still convinced, just google ‘iron lung’ and see what purpose did it serve long time back.

We, adults can survive even in the extremes of weather by various thermoregulatory mechanisms. New born can’t adjust their temperature themselves too much. It’s important to keep them covered with a towel or dress and don’t leave them undressed under a fan or air conditioner. This will predispose them to various illnesses. This thermoregulation is even more important in pre-term children. Keep the extremities of the baby covered with socks whenever you are travelling with child.

The baby will start recognizing the bystanders as early as 3 months. It’s important that the mother stays with the baby for a good period of time. The best way to make a child the best is to make them happy. The famous Canadian chemist Orlando Battista once told “The best inheritance a parent can give his children is a few minutes of his time each day.” Avoid leaving the responsibilities of the baby to the grand-parents. Tender loving care is not only important for the achievement of various developmental milestones in the baby but is also important for the production of hormones like oxytocin and prolactin which are important for milk production. Adequate spacing in between the pregnancies will help the parents to give necessary care for each child.

I cannot think of any need in childhood as strong as the need for a parent’s protection.