Why do quacks exist in India? 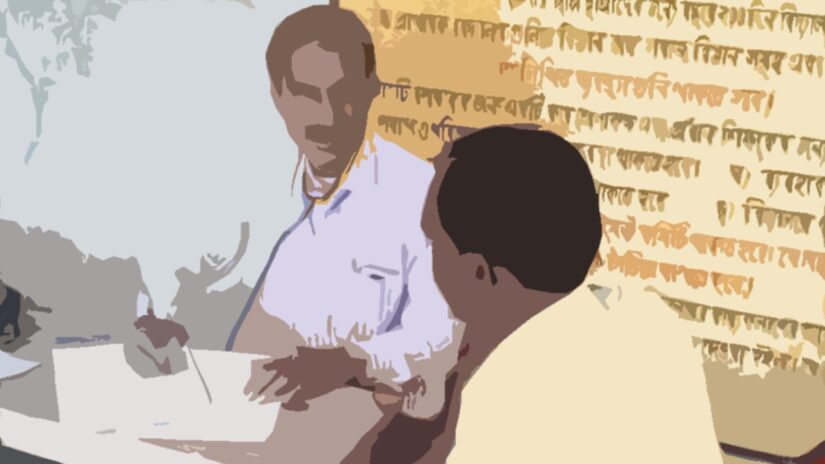 We all know who quacks are. They are unqualified people claiming to have medical degrees and practicing modern medicine. It’s really saddening that such people exist among us in huge numbers. Once I had an opportunity to talk with a quack, sitting at his clinic. It was funny and frightening at the same time to see him cleaning disposable needle with just spirit and using that same needle for administering intramuscular injections for multiple people. He even gave me a lecture on how to give injections. He used to charge 200 INR per consultation at clinic and 500 INR for home consultation. It was an eye-opener for me as I understood how easily we can cheat people, provided we have a stethoscope. We can play a blame game for this scenario but deep down, there are few reasons why they exist and I will enlist it out.

Doctor always work a lot behind the diagnosis and treatment part and may sometimes forget the fact that it’s the symptom of the disease which brought the patient to the hospital. Nevertheless, as long as the symptoms are not relieved, patient will not be satisfied. Even if we administer the best antibiotic to a middle ear infection, the patient will not revisit the same doctor if he/she forgets to write an NSAID for the pain in the prescription sheet. Quacks, without any discrimination, use a lot of steroids, antacids, cough syrups and NSAIDs (of course, this practice is unethical) which primarily provide only symptomatic relief to the underlying medical condition but gives a sense of well-being to the patient.

Communication skills have paramount importance in this field of medical science. The patient has to be given adequate amount of knowledge about his/her condition and should be explained the prognosis and course of treatment so that the sufferer will be patient and cooperative. The communication skill of doctor is directly proportional to the trust the patient has in the doctor. If the communication and behavior towards the patient are proper, there are less chances of getting sued by the patient if some mistake happens from the part of the doctor. But it is easier said than done. There are patients who come to hospital and demand VIP treatment from a doctor who has to attend an OPD of 200 patients. It’s difficult to talk and convince those set of patients. Due to time and man power constraints, it’s the communication part of health care delivery system that suffers the maximum. Also, in order to be on the safer side(not to get sued), doctors of this era tell even the remote  complications of the surgical procedure and remote side effects of drugs, that too in percentages which a chunk of population will not understand. The chance of death in a hernia surgery will be extremely rare and can happen only in a patient who has other heart or lung disease prior to the surgery. But I have seen doctors who tell the patients that there is a little chance of death when they are asked about the complications by the patient who is healthy otherwise. This may decrease the trust in the doctor. Also, the patients from poor background and from village area may not understand what the doctor is saying. There exists an incomprehension between the doctor and the patient in that situation.
Quacks, on the contrary, are the best when it comes to reassurance. They even claim that they can cure deadly diseases like cancer. While it is prudent to explain the complications of a drug or surgery, it is better to avoid some part of it if you find that the patient is healthy and the chances of adverse event are rarest of the rarest. Also, quacks are usually come from the same community. So they understand the language and local slang and can communicate better with the clients.

Absence of proper health care system in the peripheries

It’s a sad truth that most of the peripheral health centers lack basic amenities and the accommodation that a doctor gets will be pathetic most of the times. So he/she would never like to work in the rural areas if not for releasing the bond which he/she would have submitted at the initiation of the post-graduation course. The poor people of the rural areas will be left with quacks to treat them. A proper accommodation and decent facilities (adequate drugs and necessary staffs) at the primary health centers may help to solve this problem. Another issue is that, if doctor isn’t there at the PHC, then the others staffs will also bunk their duty hours for their private work as there won’t be any to keep a watch on them.

Ignorance of the poor people

For the poor farmer coming to a PHC, there is no way that he could confirm the qualifications of the doctor who is in charge of the health center. I have seen quacks writing their qualification (which will usually be B. Pharm, B.A or nothing) keeping name boards with their qualification written in some weird italic font so that no one can read it easily. The poor people won’t be suspicious as for them, a doctor means a human with a stethoscope. Many of these quacks are actually former health care workers like Pharmacist, attenders of hospitals or even security guards of hospitals (Yes, I have seen one such quack).

People also don’t know the fact that some diseases settle on its own. For example, most of the snakes in India are non-poisonous. Practically, we don’t have to do anything but just monitoring in a major chunk of snake bite cases. I have seen around 20 snake bite cases at my casualty and ICU but only one with envenomation. So a quack can easily claim that he can heal the snake bite cases and the poor layman will be impressed by it.
As it is important to stop such people from practicing medicine, it is important to rectify the root causes which I enlisted above. It is the duty of the doctors to make sure that he/she does something for the symptomatic relief of the patient. It is the duty of the government, administrators and policy makers to do something about the doctor patient ratio at the hospitals and to strengthen the peripheral health centers by appointing adequate staffs and by providing necessary facilities for doctors. I will tell my personal experience here. The medical college from where I studies MBBS, established a rural health center at a remote village. Few months later, I got a chance to talk with a quack (they are rampant there) when I went for my rural postings there as a part of my internship. He told that there had been a decrease in the number of patients visiting his clinic after the establishment of our health center. Therefore, I am quite sure that, if we improve our PHCs, this problem can be corrected to a great extent.