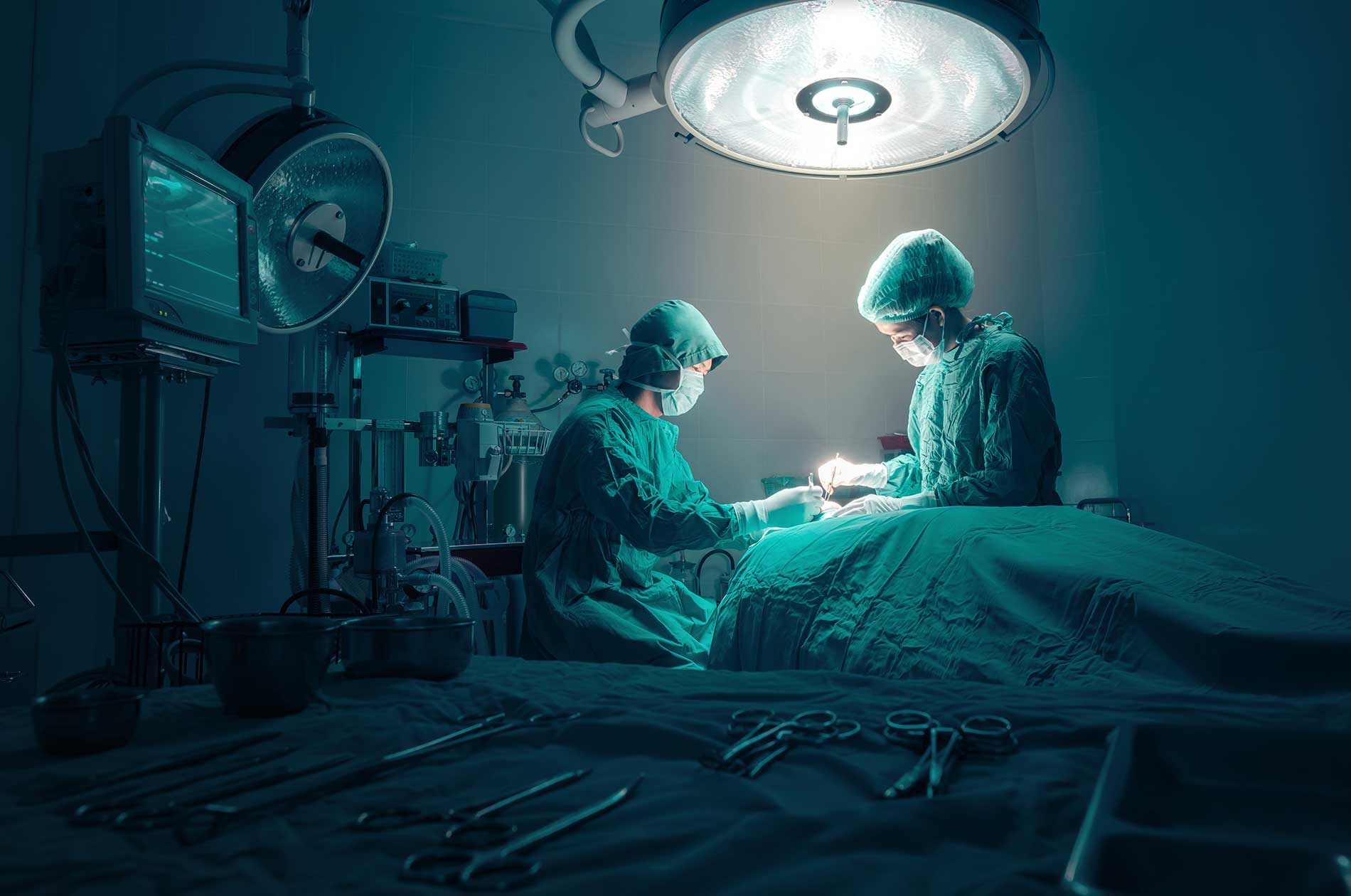 Two days back, Dr. Archana Sharma committed suicide because of the harassment by the bystanders of the patient who died at her hospital. She was a post-graduate in Obstetrics and Gynaecology (the branch which covers pregnancy and the female reproductive system) and she had won various accolades during her student and consultant days. However, she found herself in trouble when one of her patients, whom she treated at her hospital, died due to postpartum hemorrhage (bleeding from the birth canal after delivery). The bystanders of the patient created a ruckus at the hospital, which was owned by the doctor and her husband Dr. Suneet Upadhyaya, and police filed F.I.R under section 302 of IPC on the insistence of the mob. The doctor committed suicide as she couldn’t bear the pressure of alleged murder charges (sec 302 IPC) anymore.

The patient was referred to Jaipur initially from Lalsot, however, the relatives called him and asked for treatment at his hospital (Anand Hospitals, Lalsot). The relatives had the apprehension that the hospital at Jaipur may conduct ligation (sterilization) and the lady had three daughters (she wanted a boy it seems). Her previous delivery (twins) was conducted at the same hospital itself. She was admitted and Dr.Archana conducted the delivery. 2 hours post-delivery, she developed an atonic postpartum hemorrhage. The doctors stopped their work in other areas of the hospital and completely concentrated on her. They transfused two units of blood and gave the best possible care. Nevertheless, she succumbed to the massive bleeding. The bystanders of the patient who were present at that time understood the efforts taken by the doctors and told the treating team that the doctors did their best and it was the patient’s fate. The relatives then asked for an ambulance to take her body to the village and which the hospital authorities did for free and they took the body to their village for cremation. However, few local BJP leaders motivated the relatives to create a ruckus at the hospital so that they would get good compensation from the hospital. Those leaders had a grudge toward this hospital and the hospital had once filed a police complaint against them. They organized a mob of 200 people and brought back the deceased to the hospital premises and put up a show. This was done with the support of the local police. The police charged section 302 against the doctors. One of the local dailies (Rajasthan Patrika) also published a completely one-sided story and the local leaders told the media that Dr.Archana would be sent to jail. These developments shattered the morale of Dr. Archana following which she committed suicide.

What is postpartum hemorrhage?

Postpartum hemorrhage is an unfortunate and well-known complication of delivery. It is one of the leading causes of maternal mortality worldwide. All deliveries are associated with a certain amount of blood loss through the birth canal, however, in certain cases, the blood loss could be severe enough to be life-threatening. This is a dire emergency and needs to be treated promptly and despite the best efforts of doctors, the patient can fall victim to death.

Is this a case of medical negligence?

The doctor against whom the complaint is filed should be the one who was supposed to take care of the patient. A doctor-patient relationship is mandatory in the case and this can be proven by cross-checking the duty list or from the patient’s case sheet.

The complainant needs to establish that the doctor has done something wrong (an act of commission) or failed to do something right (an act of omission). This includes not sending necessary investigations, administering wrong medicines, etc. However, this clause is subject to the qualification of the doctor and the facilities available at his/her disposal. For example, a doctor working at a primary health center may not able to provide adequate care for a pre-term newborn child. If the doctor has provided the same level of patient care that another similarly qualified doctor would provide under the same situation, then there is no dereliction of duty.

The plaintiff must be able to prove that he/she suffered harm because of the treatment which can be physical, financial, or mental.

There has to be a direct relationship between the damage and the breach of duty.

In this case, the concerned doctor was on duty and the patient did suffer damage. But, a dereliction of duty has not been established so far. Therefore, a case of medical negligence will not stand, let alone murder charges. Unsuccessful treatment cannot be labelled as medical negligence. Multiple factors can be attributed to the lack of desired positive results and doctors can never guarantee an appropriate outcome. Doctors cannot avert the inevitable all the time. Postpartum hemorrhage is a complication of delivery and it can happen even when doctors follow all the standard protocols for the management of labor. If the patient or their relatives feel that the doctor did a mistake, they have all the liberty to file a complaint and to submit the evidence to the court. But, destroying hospital property and harassing health care professionals is a barbaric way to react.

If the treating doctor honestly believes that the patient requires a procedure that involves a higher element of risk for his/her condition and does it as per the standard protocol, then the doctor can’t be held responsible for negligence if the intervention did not yield the desired result.

Furthermore, an allegation against a doctor for the death of his/her patient cannot be charged with murder as doctors conduct treatment with a good intent to save the patient. Medical negligence leading to death cannot be charged under IPC section 302; sections 304A (causing death by negligence), 337, and 338 could have been more appropriate in this incident.

The Chief Minister of Rajasthan, Mr. Ashok Gehlot, on Wednesday evening tweeted that a high-level meeting was held at the Chief Minister’s residence to discuss the case of suicide and it was decided to take action against the SP of Dausa district, Mr. Anil Kumar; and SHO of Lalsot. He assured that strict action would be taken against those who forced the woman doctor to commit suicide. A committee, under the chairmanship of the Additional Chief Secretary, will be formed to prevent the recurrence of such incidents.

In the past three to four years, there have been multiple instances in which politicians of various national and local parties interfered with the functioning of hospitals or had verbal altercations with heath care professionals. Politicians consider creating a brouhaha as an opportunity to grab the attention of eyeballs. During the second wave of COVID, a government doctor in Madhya Pradesh resigned after a few Congress leaders verbally abused him following the death of a COVID patient. The harassment from politicians is not limited to verbal abuse; in 2018, a relative and supporters of a BJP MLA opened fire in a hospital when their patient was referred to another hospital for better care. AIMIM MLA Maulana Mufti Ismail and his supporters, during the COVID crisis period, created unrest at a hospital in Maharashtra. BJP MP Ananth Kumar Hegde, a few years back, punched the face of a doctor for allegedly not taking proper care of his mother, who had been admitted to the hospital. All these incidents show that political leaders, irrespective of their party affiliations, do consider it acceptable to disturb the normal functioning of medical institutions. All the brutal acts are happening despite the central government issuing an ordinance making acts of violence against healthcare professionals a non-bailable offense. Nevertheless, all these ruling party and opposition leaders demand V.I.P treatment at government hospitals when they or their relatives get admitted. It is a huge headache for the staff at government facilities as the staff shortage is grave and they have to sacrifice their routine work to satisfy the politicians.

Incidents like this will erode the already thinned out morale of doctors further and they will hesitate to attend emergency cases. Unfortunately, there is no end to this in the foreseeable future.

“I love my husband and my children. Please don’t harass them after my death.””DON’T HARASS INNOCENT DOCTORS… “Please don’t let my children feel the lack of a mother,”

from the suicide note

What Are the Four D’s of Medical Negligence?

MP doctor resigns after Cong MLA yells at him over Covid patient’s death.