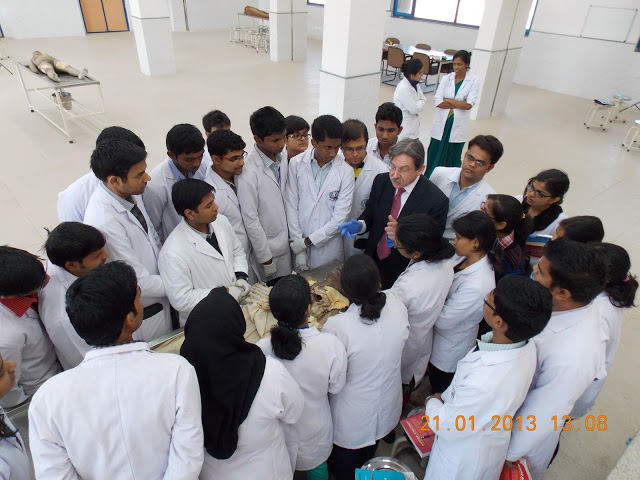 Let me make it very clear at the beginning itself that I don’t have any intention to blame all faculties of medical colleges. I have seen faculties who evaluate students with an open mind and without any preoccupied notions. This article is not about those good teachers, but those who take pride in being a faculty who fails the students in exams according his or her wish.

“Beware of examiners with grey hair.” I have heard this advice from a lot of doctors during my MBBS period right from the first semester. “Look boy, during practical exams, accept whatever examiner says and don’t even think of disagreement. They will fail you right at that moment if you hurt his/her ego.” This was the verbatim from one of the senior residents about practical exams. I was told by another doctor that only 2 kinds of students fail in professional exams. They are those who don’t have any concept or knowledge about the subject and those who disagree with the examiner during the practical exam. It may sound absurd, but it is true that numerous bright students fail in their professional exams for the reason that the examiners didn’t like something about them.

Nonconformity of ideas and expressions is necessary to evolve. Science evolved so much in the past century and the key to this development is nothing but the desire to explore more and more about each and everything present around us. There was a time when the majority of humans believed that the sun revolves around the earth. But few individuals (mainly from Europe) who weren’t so convinced about that tried to explore it and they proved that it is actually the other way around. Those individuals were at that time called as sceptics as they were against the church and existing norms but now they are called as scientists. In the current scenario of medical education, the examiners are nothing but the priests of such churches who don’t wish to be questioned and punish whoever does that by failing them in the exam.

I don’t feel MBBS students should be failed if he or she isn’t unacceptably poor as far as the subject knowledge is concerned owing to the fact that currently MBBS doctors don’t have much value and patients come to them only when they complete their post-graduation. So basically, MBBS is like a foundation course where you study about everything a little and understand your abilities and limitations so that you can choose the post-graduation stream wisely. Of course, MBBS doctors do know to treat and manage common ailments and to refer when there are emergencies. So, only those students who aren’t sure of the basics deserve to be failed. But the current scenario prevailing in our country is totally different. Some departments of some colleges consider as a matter of pride to fail students in their subject. Several faculties believe that students will show respect towards them only if they are afraid and to generate that fear among them, the departments fail roughly around 20% of students every year. For those who feel insecure among the peers and subordinates due to various reasons, this is a style of displaying their power. Before coming to the college I believed that doctors are intelligent, but after 5 years now I realize that they are intelligent however a portion of them are arrogant jerks. It’s a mammoth task to convince a faculty who belongs to the category of jerks.

What is so wrong in telling the examiner politely that what he had told is not correct with an authentic reference? Medicine is such an evolving subject and it is difficult to stay updated all the time. There are chances that the student knows more about the latest guidelines for the treatment of a particular disease. I know stories of people who failed because they disagreed with the examiner about a fact and later they found out that they were right and the examiner was wrong. But they couldn’t even file a complaint thanks to the fact that practical examination is totally a subjective assessment without any objectivity. Since it is a verbal mode of examination, there is no documentation available which can be taken a proof in favor of students.

Why can’t there be a rule to make it mandatory to video record the practical examination sessions? If the students feel that his or her result is not based on his or her academic performance rather the whims and fancies of the examiner, he or she can ask for an enquiry and in front of the committee formed for the enquiry, this video will act as a proof. I know it’s cumbersome to record the footage of all the examinations nevertheless when I think about the loss of the student which wasn’t due to his or her fault (the failed student will have to wait at least 6 months for supplementary exams), I presume it’s worthy.