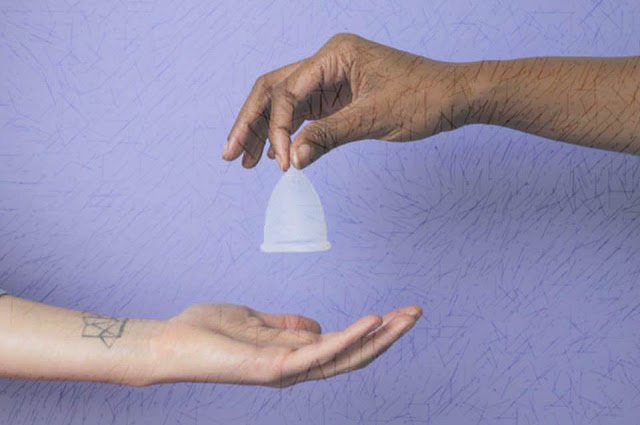 Sanitary napkins, tampons, menstrual cups, etc. are still considered as something which is totally related to women by our society. They are in fact, the symbols of women’s freedom. Imagine a world without sanitary pads, the world would have been behind by 10 to 30 years, let alone the difficulties faced by women. If you closely go through the sequence of development in various sectors of the world, you will be able to understand that it is directly related to the participation of women in various fields like education, politics, health, and science, who were previously held back within the four walls of the home.

Instead of downplaying it as a biological phenomenon, there exists extreme taboo related to menstruation in society. Since the process is considered as ‘impure’, developments in this area happened way too slowly compared to other divisions in health. Sanitary napkins have been available in the market for 130 years but got acceptance in our Kerala society only in the past 30 years. The situation outside Kerala is even worse, to say the least.

The menstrual cup should have been in the limelight in recent times but unfortunately, that didn’t happen. Numerous articles were floated in the past 2 years about this small cup which is a better alternative to sanitary napkins. Nevertheless, the awareness about it among the public is next to zero. Why so? Probably because of the myth of impurity associated with menstruation and even sanitary napkin companies are playing a part in it.

Quite a few videos are available on YouTube on how to use the menstrual cup and many writers have written on it as well. More than comfort, the menstrual cup has numerous other benefits as well and the purpose of this article is to introduce the audience to those aspects.

Sanitary napkins are composed of sodium polyacrylate, rayon, cellulose, and polyolefine; most of these substances are not biodegradable and consequently, not eco-friendly. Since sanitary napkins are soiled with blood, it is biomedical waste and its proper disposition is even more important. Unlike napkins, a menstrual cup is made up of medical-grade silicone (few brands also use TPE-thermoplastic elastomer) and it can last up to 10 years. Yes, 10 years!

Let’s do simple math. Let’s calculate the total number of pads used by a girl in 5 years and the rough estimate is around 1,000. Imagine the burden on the environment as we have around 3 billion ladies in the reproductive age group. To curb this problem, a menstrual cup is the best solution.

The cost of one menstrual cup ranges from 300 INR to 1,000 INR. Once purchased, it can be used for 5-10 years. Let’s assume that a girl uses 15 to 20 pads a month and the price of each pad is 5 INR. That will translate into a cost of 75-100 INR per month and 1,200 INR for a year. Therefore, a menstrual cup is 5 times more economical than pads, let alone the nature-friendly aspect.

The holding capacity of menstrual cups is far superior to the conventional sanitary napkins and because of that, the cup can be kept for 8-12 hours before emptying. This property is useful for ladies who are going on a long trip and those who have to rely on public toilets for any reason.

As the blood is not coming in contact with air, malodor won’t develop and the ladies can forget about the discomforts due to skin rash and napkin allergy. Ladies can even swim during their periods if they use menstrual cups and that is one of the added advantages compared to conventional pads. All the sanitary napkin advertisements portray the freedom of girls (by showing trucking, athletics, etc.) but they never show swimming. Did I forget to tell you that it is easy to carry as well?

It is comfortable to carry and use. During the Kerala floods, there were many concerns raised by the health care workers and activists about the menstrual hygiene of ladies who were affected by the floods. The menstrual cup is better and easy to use than pads during natural calamities like a flood or earthquake (Kerala already faced flood twice). There can be discomforts when it is inserted for the first time; however, it will be comfortable after using it for 3-4 cycles. Depending upon the age and sexual activity, the size required may vary and the desired ladies should seek help from their friend who already used it. If you don’t have such a pal to ask, you can consult a lady doctor also. It has been found in a study published in The Lancet that the importance of peer groups is monumental in spreading awareness about the menstrual cup.

As this is a device that is beneficial in multiple aspects, the Government needs to promote it right from the school level. Apart from awareness activities, subsidies need to be provided for this product so that more people will switch from pads to cups. Alapuzha municipality, Vazhoor panchayat of Kottayam, etc. have taken the right steps in this matter. The Alappuzha Municipality launched “Project Thinkal” to encourage the use of cups instead of non-biodegradable sanitary pads. We need more such public bodies to come forward for the cause.

We need to work together to make a shift from pads to cups, not just in Kerala but in the whole of India as well. It is a matter of shame that only 12% of Indian women have access to pads and the rest 88% resort to cloth and sand. If we can tackle the discomfort and the associated health hurdle of that 88% of ladies, it will be a “sanitary revolution”.

So, why menstrual cup?

Because the menstrual cup is more hygienic, provides more freedom for ladies, and is more economical.